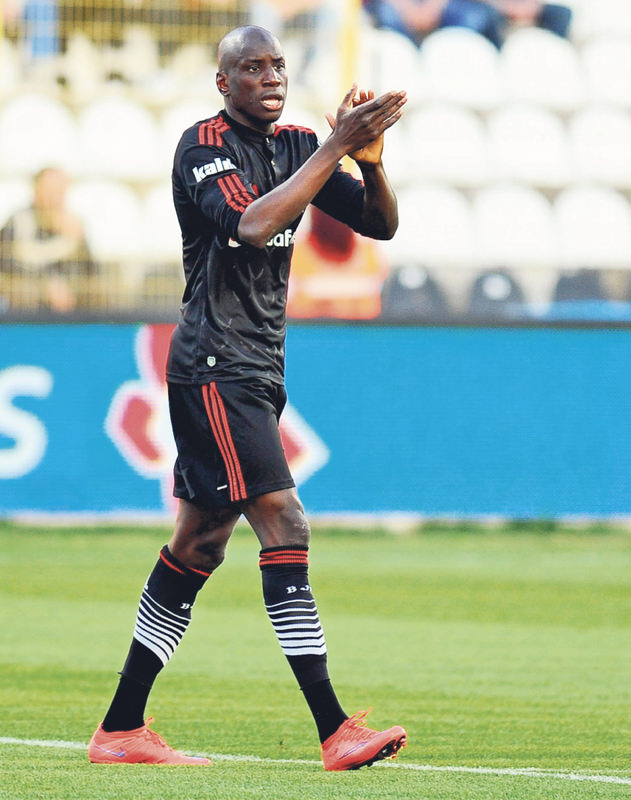 Having already lost their chance to win this year's league title, Beşiktaş go into Sunday's derby clash with Galatasaray as underdogs with Gala enjoying a long streak of wins at home while Beşiktaş are coming off the back of a disappointing performance against Torku Konyaspor

Galatasaray are looking for an easy win against Beşiktaş in Spor Toto Süper Lig derby on Sunday, confident of continuing their winning streak at home.

Fourteen victories in the past 19 matches between the two teams are indicator of the Lions' roaring success against the Eagles, whose lackluster performance against Torku Konyaspor on Monday shot down any mathematical chance of securing the league title.

Gala netted 35 goals in those 19 matches while Beşiktaş scored only one goal per game. If the Eagles lose in Sunday's derby, it would be the first time in their history that the club failed to win points from the Istanbul derbies. Beşiktaş have also seen defeat in their matches against Fenerbahçe, another major rival, this season.

Beşiktaş's Croatian boss Slaven Bilic will also have the infamous record as the only Eagles coach without a derby win if the team loses. Bilic, who made a promising start when he took the reins of the Istanbul side in 2013, now faces the chop after the team garnered only the third spot in the league after Galatasaray and Fenerbahçe. Beşiktaş's board convened on Wednesday and decided to part ways with Bilic after the season wraps up in two weeks. Bilic had acknowledged after the Torku Konyaspor defeat that he expected the club to fire him. Although he guided the team to wins against clubs outside Istanbul, Beşiktaş suffered five defeats and two draws in the seven derbies under Bilic. As a matter of fact, the Eagles failed to secure a victory against their two archrivals in past 12 seasons. Its most successful season for derbies was under Romanian coach Mircea Lucescu in 2002-2003 with decisive victories against Gala and Fener. Lucescu was among the names the Turkish media speculated would replace the outgoing Bilic, although he has denied talks with Beşiktaş.

Critics of Beşiktaş attribute the subsequent failures in the past 12 seasons to the club's administration, citing that the administrations since 2004 have been unable to secure a championship title despite spending millions on player and coach transfers.

Nevertheless, the last quarter of the upcoming derby may prove lucky for both the Eagles and the Lions. Gala scored most of its goals this season after the 75th minute. The team have scored 25 goals in the last 15 minutes of matches and extra time while Beşiktaş scored 15 goals in the same period. Yet, the Eagles are ultimately less successful in the second half of games, conceding more goals to rivals in that half.
Last Update: May 21, 2015 10:55 pm
RELATED TOPICS