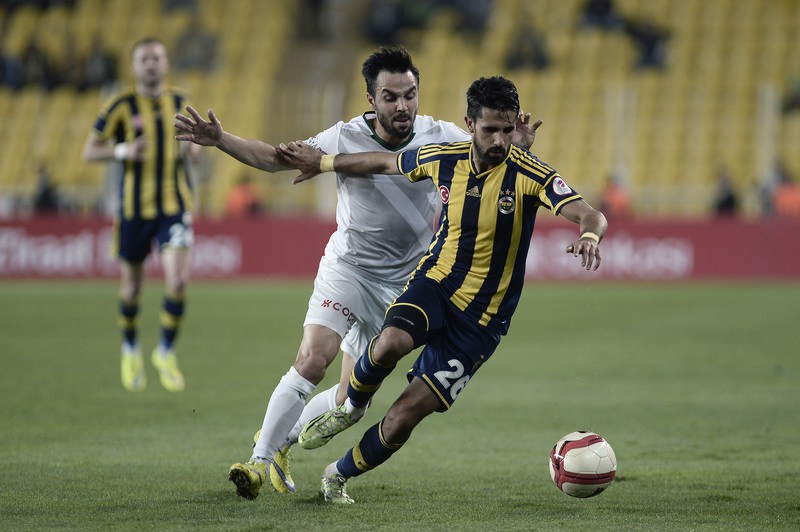 by Anadolu Agency May 21, 2015 12:00 am
Bursaspor beat Fenerbahce 3-0 in the second leg of the Ziraat Turkish Cup semifinal in Istanbul to qualify for the final on Thursday.

Bursaspor took the lead in the first half thanks to a goal by Turkish winger Volkan Sen.

In the 75th minute, the Brazilian striker Fernandao made it 2-0. Less than 10 minutes later, defender Samil Cinaz added a header to secure the win at 3-0.

Fenerbahce's Czech defender Michal Kadlec was sent off in the 78th minute after receiving a second yellow card.

Bursaspor will play against another Istanbulite club, Galatasaray, in the final on June 3.
Last Update: May 22, 2015 6:27 pm
RELATED TOPICS