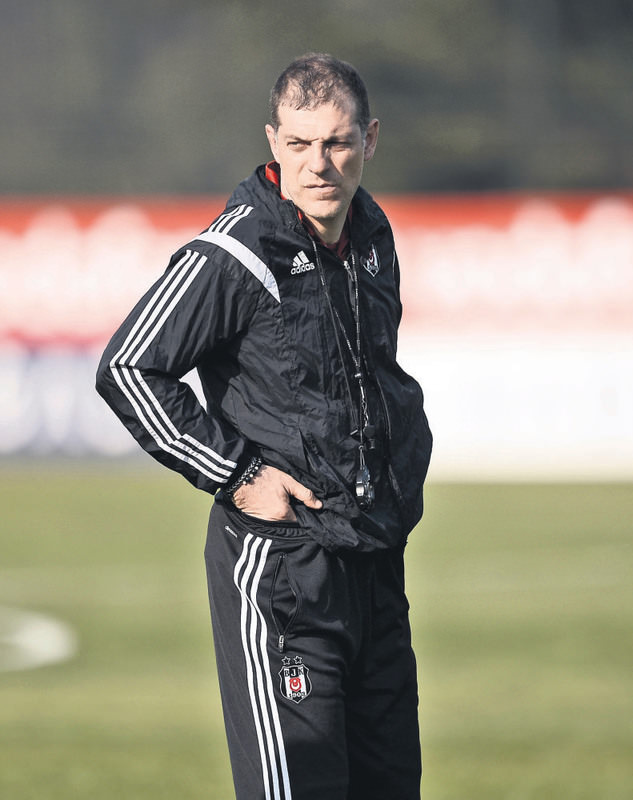 by Arda Alan Işık May 22, 2015 12:00 am
It doesn't matter at all whether Slaven Bilic stays or goes. The only real conclusion of such a decision would be acquitting the deep-seated reason for the perpetual failure of Beşiktaş. Bilic was never a great coach, thus there is no need to dramatize his departure absurdly ,like saying, "Goodbye, Commandante Bilic." Nevertheless, no one can ignore the difficult conditions he has worked in. Firstly, the club's economic crisis is a serious obstacle that prevents Beşiktaş from competing with Fenerbahçe and Galatasaray. Added to that, because the club does not focus on youth development, economic problems will always be a game changer between Beşiktaş and its local rivals. Thus, Beşiktaş fans should reconsider their expectations of the team. I expected a self-sufficient and consistent game play from Beşiktaş and, given the Turkish League's situation, it was possible, but Bilic could not do it.

However, expecting Beşiktaş to win trophies is definitely a different case. If you do not intend to renovate your team's youth system, as I mentioned before, you can predict your team's position from the start of the season, because league position in a single season is determined by factors like money, influence and cheating, rather than play. Therefore, for a team that has no stadium, has noticeably less money than its rivals and has built an inexperienced squad, this season was a success. Of course, with a decent and simple strategy it could have been much different but no one can blame Slaven Bilic alone for not doing that.

Secondly, chairman Fikret Orman and other executives did not keep the promises they gave to Bilic. They launched a three-year plan in 2013, which included economic and administrative reforms, but they broke their word in just one year. So, if someone is going to resign, Fikret Orman and his executives should lead the way. It is easy to sacrifice coaches to distract angry fans and keep them happy by hypnotizing them with new transfers, keeping them out of sight of the awful economic and administrative backdrop of the team.

Orman and his crew promised Beşiktaş fans they would build a new club and not make the awful moves made by the likes of Yıldırım Demirören, who destroyed a relatively successful team. Furthermore, they promised to make Beşiktaş the most transparent club in terms of finance. Nonetheless, the club has increased its debts to TL 881 million ($338 million) during the Orman era and the team is threatened by the fact that if the club cannot meet UEFA's financial standards, Beşiktaş won't be able to play in Europe next season.

The problem is, as every revolutionary movement knows, if they do not change the present system noticeably, they become part of the same system eventually. I do not think Orman and his crew started their careers at Beşiktaş with evil intentions to make Beşiktaş's situation worse, but as they tried to play the game with the old rules, they started to resemble the ones they promised to get rid of. Thus, Beşiktaş's priority should be changing the administrative issues first, so that everyone can be sure that there is a proper base for a coach to implement his plans. Otherwise, Bilic goes, Lucescu comes, Aybaba goes, Çalımbay comes; it won't make a difference at all.

Beşiktaş fans are fed up with the "practical" solutions to the endless awful situation of the team. Radical changes are needed and Beşiktaş need them now.
Last Update: May 22, 2015 9:31 pm
RELATED TOPICS