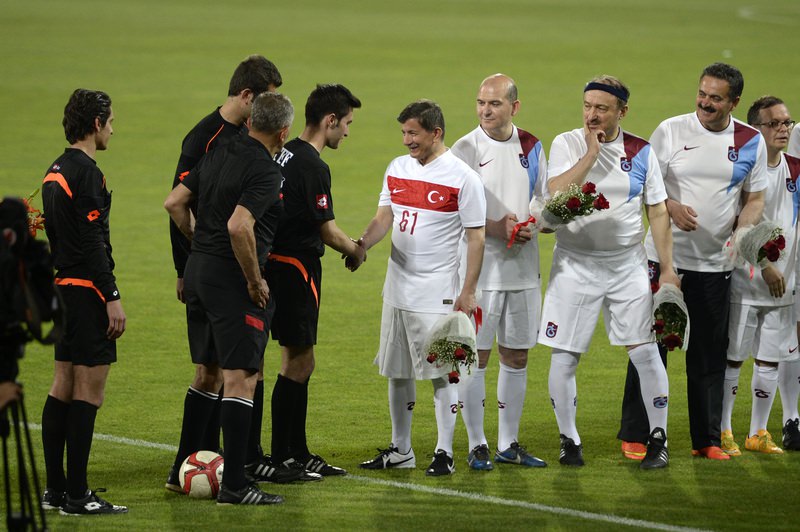 by Daily Sabah May 23, 2015 12:00 am
Turkish Prime Minister Ahmet Davutoğlu scored three goals on Friday as he took part in a friendly game with the former Trabzonspor football players at Hüseyin Avni Aker Stadium in Turkey's northern city of Trabzon.

The 56-year-old prime minister performed a hat-trick for the team 'legendary white', who was playing against the former Trabzonspor football players' team the 'legendary red'.

The 40-minute match was finished with a 4-4 tie between the two teams.
RELATED TOPICS