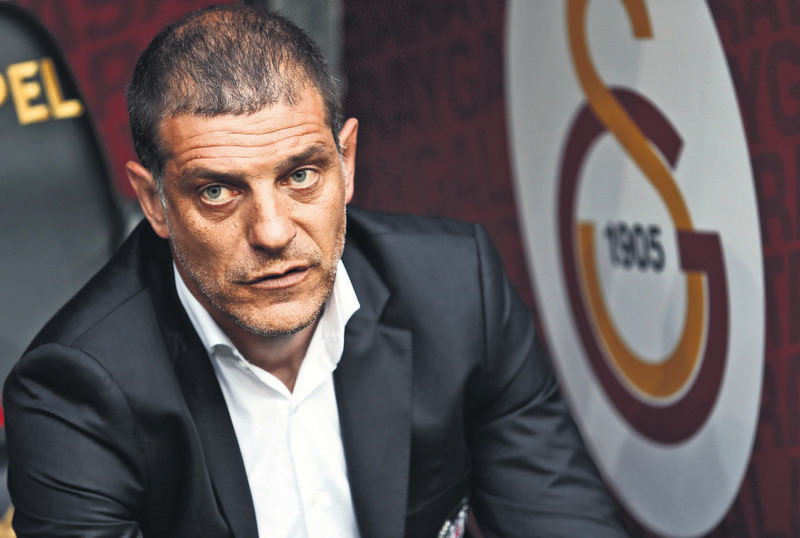 by Daily Sabah May 25, 2015 12:00 am
Beşiktaş coach Slaven Bilic said on Sunday he will leave the club at the end of the season as media speculation grew that he may replace Sam Allardyce as West Ham United manager.

"I won't be Besiktaş's manager next season. I'm proud of what I've done here," Bilic told reporters after Sunday's 2-0 derby loss to Galatasaray that saw Beşiktaş miss out on Champions League qualification.

"As I said before, I am the first one who is going to take responsibility for not winning the league for two years. I have already made my decision." A fan favourite, Bilic has been working with Besiktas since June 2013.

Bilic spent six successful years with the Croatia national team and then took over at Dynamo Moscow for one season before signing as Beşiktaş coach.

The 46-year-old spent a little more than a year at Upton Park as a player from 1996, making over 40 appearances for West Ham.

Bilic arrived in Istanbul two seasons ago from Lokomotiv Moscow and became a hugely popular figure among the club's fans. The high point of his season was a thrilling win against Liverpool in the Europa League, but the club was then knocked out in the next round and their Spor Toto Süper League bid faltered badly in the final games of the season.

Particularly damaging for Bilic was the fact the club lost every single derby match to its main Istanbul rivals Galatasaray and Fenerbahce in one season for the first time.
Last Update: May 25, 2015 11:20 pm
RELATED TOPICS