Galatasaray to play in Rize, celebrate in Istanbul 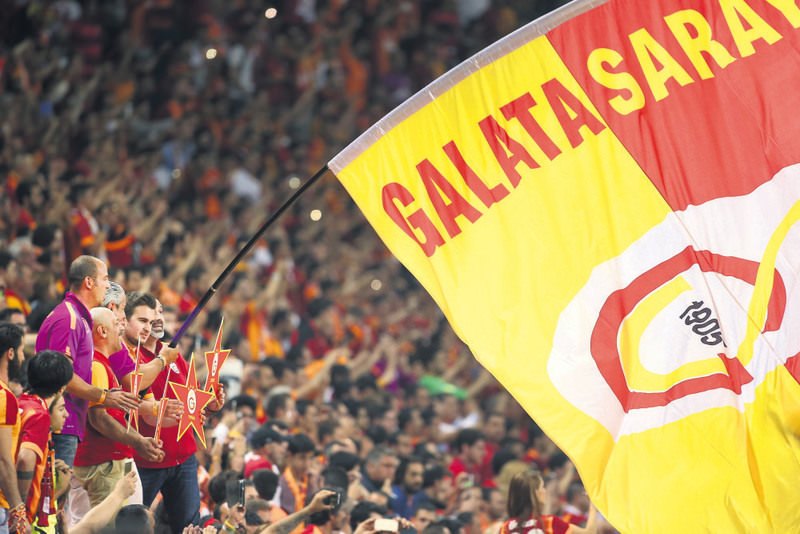 by Hakan Baş May 27, 2015 12:00 am
Galatasaray's request to move their scheduled away game against Çaykur Rizespor from the Black Sea city to their home ground was refused by Saturday's opponents. The Lions wanted to change the venue in return for giving away their half of the match revenue to rivals Çaykur Rizespor. But the Black Sea club wanted all the revenue from Galatasaray, the club administration said.

As a result, in the last week of the Spor Toto Super League, Çaykur Rizespor versus Galatasaray will take place in Rize on May 30 at 1:00 p.m. Following the match, Galatasaray will return to Istanbul and celebrate its championship in the evening of the same day at the Türk Telekom Arena. Abdurrahim Albayrak, the deputy president of Galatasaray, said the celebrations will start at 8:30 p.m. Board member Ali Dürüst also said the championship celebrations will continue afterward.

"I talked with the federation. We will play the match and return to Istanbul. The cup ceremony will take place in Istanbul and we will hold the championship cup at the Türk Telekom Arena," said Albayrak. He said Galatasaray will celebrate its success with between 50,000 and 60,000 fans. Albayrak said they also talked with Çaykur Rizespor about playing the match in Istanbul. "Çaykur Rizespor requested 100 percent of the ticket revenues at the Türk Telekom Arena." Albayrak said, "I would like to thank the federation. The Turkish Football Federation (TFF) did not make any interventions. There are many Galatasaray supporters in the Black Sea region. They wanted to watch the match in Rize. We understand their request." Galatasaray head coach Hamza Hamzaoğlu said although the team has guaranteed the title, they have two more matches ahead, one of them being the final of the Ziraat Cup. "We will play with Çaykur Rizespor and then come back for celebrations. After this, we will start preparations for the Ziraat Cup against Bursaspor. We have got the title and will celebrate it, but remember we have two more matches," he said. Hamzaoğlu said Galatasaray will prepare as best it can and give every effort to end the season with a win.
Last Update: May 27, 2015 10:15 pm
RELATED TOPICS