Darmstadt returns to Bundesliga after 33 years 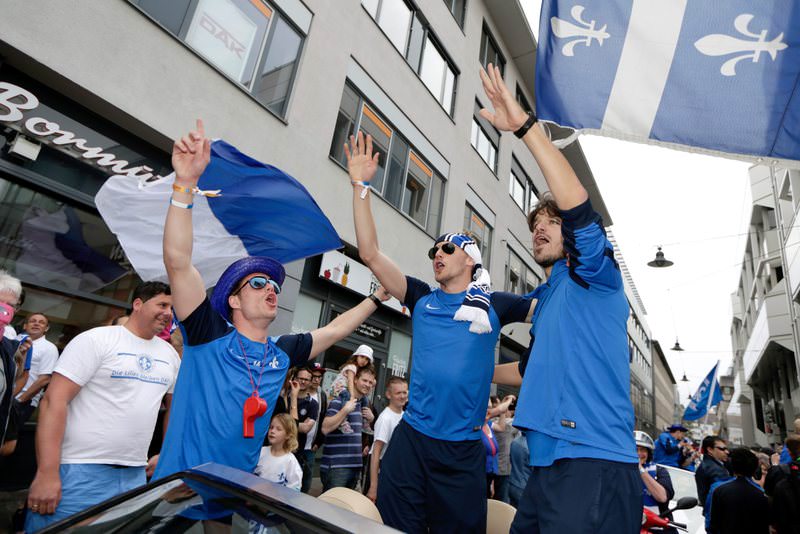 by Associated Press May 28, 2015 12:00 am
Arjen Robben, Franck Ribery and their fellow Bayern Munich stars will be in unknown territory when they and other Bundesliga clubs visit Darmstadt next season. Perhaps there will be hot water in the locker room by then.

Darmstadt has returned to the Bundesliga after 33 years, following an astonishing two-season run that may have taken the club itself by surprise.

And in only one season, it secured a place in the Bundesliga by finishing second, with only five defeats in 34 matches.

"It's absolutely incredible," captain Aytac Sulu said after Darmstadt won promotion with a 1-0 victory over St. Pauli on Sunday. "It's one of the most beautiful moments of my career. It's absolutely fantastic to get to play in this stadium in front of these fans."

The stadium, owned by the city, itself is a throwback to the 1970s, a dilapidated concrete structure far removed from Germany's modern high-tech arenas. First built in in 1921, the stadium at the "Poplars Gate" has been updated through the decades but falls far short of current standards.

One of its standing room sections was built from World War II rubble. A new stadium won't be finished until 2018, so Darmstadt will be playing next season at the old, 16,150-place facility.

The stadium is not visitor friendly.

"The water is cold and it stinks," is how goalkeeper Christian Mathenia described the locker room for visiting teams.

The adjacent tennis club, maybe only half in jest, has offered its showers to visiting teams. The club's most prominent member, German tennis star Andrea Petkovic, said Darmstadt's unlikely rise was like "a qualifier winning the French Open by beating Novak Djokovic, Rafael Nadal and Roger Federer along the way."

The analogy is not out of place. The "Lilies," as Darmstadt is known by its fans, had an operating budget of ‚¬6 million ($6.52 million), not enough to cover the annual salary of some of the big stars at top clubs. It has no wealthy backers and employs 12 paid employees.

The team from the city just south of Frankfurt is made up of castoffs from other clubs, a group of unknown players nobody else wanted.

Coach Dirk Schuster is probably the star. A former East Germany and later Germany defender, Schuster has been guiding the club since December 2012 and has created a tightly-knit, fighting group, whose motto has been "mentality over quality."

"In every match of the season we were at least on even terms with the other team. We always tried to go to the limit," Schuster said.

Schuster got the maximum out of a team that is likely to be overstretched in the Bundesliga.
Last Update: May 28, 2015 2:08 am
RELATED TOPICS