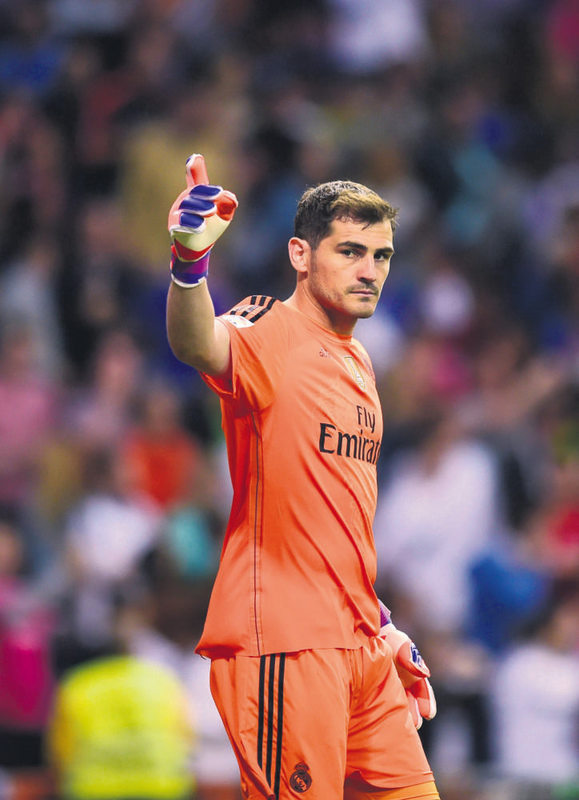 by Daily Sabah Jun 02, 2015 12:00 am
Iker Casillas is the subject of interest from clubs across Europe, but wants to speak with Rafa Benitez about his Real Madrid future. Marca reports Turkish giants Beşiktaş and Fenerbahçe are among the suitors for the goalkeeper, who is also attracting attention from the Premier League, Serie A and Ligue 1, as well as one Spanish side, all unnamed.

The clubs are said to be interested in Casillas should he leave Santiago Bernabeu on a free transfer, although he does have two years remaining on his current deal with an optional third. Casillas has been assured by a senior club official that he is part of the plans for the future, even though the intention is to this summer sign another goalkeeper. David De Gea is the player desired but Manchester United are refusing to negotiate and are willing to let the Spanish international's contract expire rather than be sold. De Gea is said to have 12 months on his current deal.

Meanwhile, Casillas will decide his future after speaking with Benitez who is set to be appointed in place of Carlo Ancelotti. The captain wants to hear the trainer's plans for the goalkeeper's position. If Benitez tells Casillas he will not be first choice, Casillas could accept one of the big-money offers on the table.
Last Update: Jun 02, 2015 10:51 pm
RELATED TOPICS