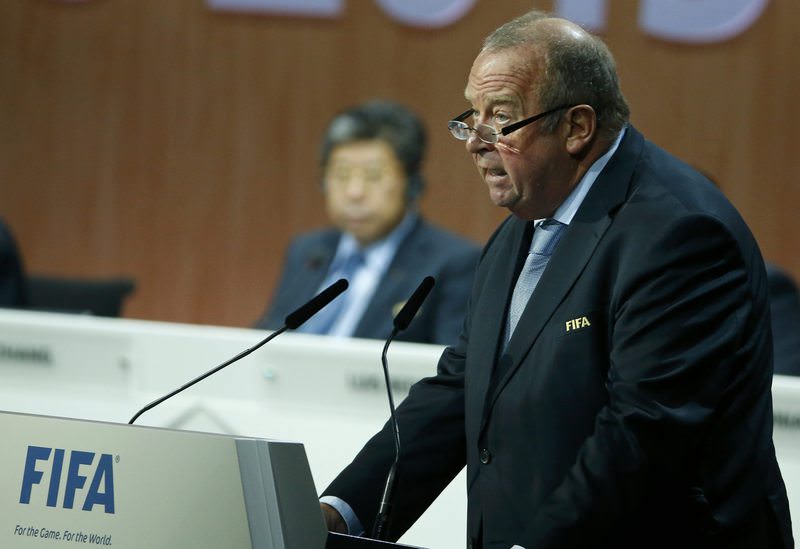 by Jun 02, 2015 12:00 am
Michel D'Hooghe, the longest-serving member of FIFA's Executive Committee, has threatened to quit unless football's governing body is substantially reformed.

Belgian D'Hooghe, FIFA's chief medical officer, speaking to a television channel in his home country, offered a damning verdict on an organisation where he has been a key official for more than a quarter of a century.

D'Hooghe, 69, who has been a member of the Executive Committee since 1988, said: "I cannot reconcile myself with an institution where I work, where I have carried the medical responsibility for 27 years and about which I now learn that there is a lot of corruption.

"My conclusion is very clear: I will no longer continue to participate (in FIFA) under such conditions. So, it is high time for change to come and we will see over the coming days what may happen.

"Let's be clear, if this atmosphere prevails at FIFA, I have no place there.

"If you are faced with an abscess, simple medication does not suffice. You have to cut it open."

In February D'Hooghe was cleared by FIFA's ethics committee of wrongdoing in the 2018 and 2022 World Cup bidding contests.

FIFA's own medical conference was completely eclipsed last week by the dramas in Zurich which saw seven FIFA officials arrested in a dawn raid before Sepp Blatter was re-elected as president on Friday.