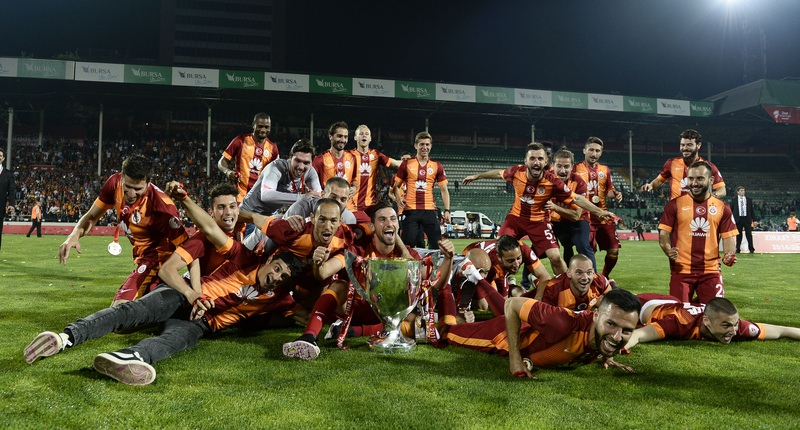 In the 25th minute, home team Bursaspor were awarded a penalty on account of Galatasaray's left-back Alex Telles. This allowed Bursaspor's Fernandao to score, 1-0.

In the 40th minute, Galatasaray equalized when their Turkish striker Burak Yilmaz finished in the far post, 1-1.

In the 48th minute of the second half, Galatasaray came back when Yilmaz again finished in the one-on-one position. Selcuk Inan made a deadly through ball to his teammate, 2-1.

Bursaspor scored the equalizer in the 58th minute, Volkan Sen then put the ball into the net, 2-2. Fernando Belluschi made a classy heel pass.

Galatasaray striker Yilmaz hit the target just a minute later to allow Galatasaray take the lead once again, 3-2. Yilmaz scored a hat-trick for his team.

Galatasaray captain Selcuk Inan lifted the trophy at the ceremony.

Apart from the Spor Toto Super League title, Galatasaray has been crowned Ziraat Turkish Cup winners this season, allowing the Istanbul giants to do a "double".