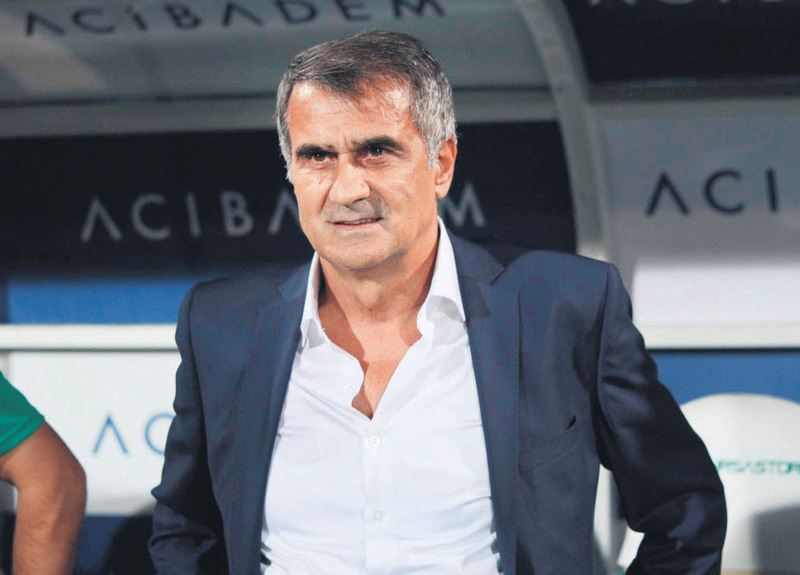 by Daily Sabah Jun 11, 2015 12:00 am
Beşiktaş announced Şenol Güneş as the club's new coach Thursday after parting ways with Slaven Bilic. An experienced coach, 63-year-old Güneş has worked for many clubs such as Trabzonspor - where he was a goalkeeper in his playing days - Bursaspor, the national team, Antalyaspor, Sakaryaspor and FC Seoul. Beşiktaş signed the coach to a three-year contract with a one-year option. "Şenol Güneş will be paid 1.5 million euros for each season," the club administration said. Meanwhile Fenerbahçe also signed Portuguese coach Vitor Pereira to a two-year contract .

The only obstacle for Pereira was his contract with Olympiakos Piraeus. But the Greek club sacked Pereira yesterday. He led Olympiakos to a Greek league and cup double. Local media said the 46-year-old had angered Olympiakos owner Vangelis Marinakis when it was reported he held talks with Scottish club Rangers last month. "Olympiakos is announcing the termination of its cooperation with coach Vitoria Pereira by mutual consent," said a brief statement on the club's website. Pereira made his name at Porto, where he won two consecutive Portuguese league titles, and penned a two-and-a-half-year contract with Olympiakos in January.
Last Update: Jun 12, 2015 1:00 am
RELATED TOPICS