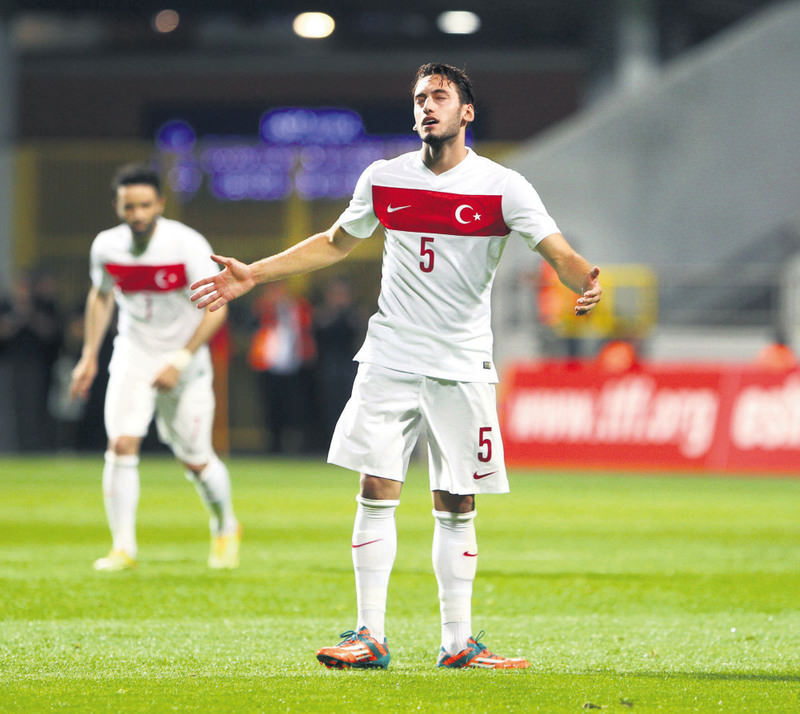 by Anadolu Agency
Jun 11, 2015 12:00 am
Turkey are set to play a critical match against Kazakhstan in the UEFA Euro 2016 qualifying round today. Being fourth place in Group A with five points, Turkey must win the match in Almaty to keep their qualification hopes alive, for a play-off position at least. Kazakhstan are at the bottom of the group with a single point.

The Czech Republic are leading the group with 13 points whilst Iceland are in second spot with 12 points. The Netherlands claim third spot in the group. Turkey won their first match against Kazakhstan 3-1 at the Turk Telekom Arena in Istanbul in November. The game at Almaty Ortalyk Stadion will kick off at 7 pm.
Last Update: Jun 12, 2015 12:26 am