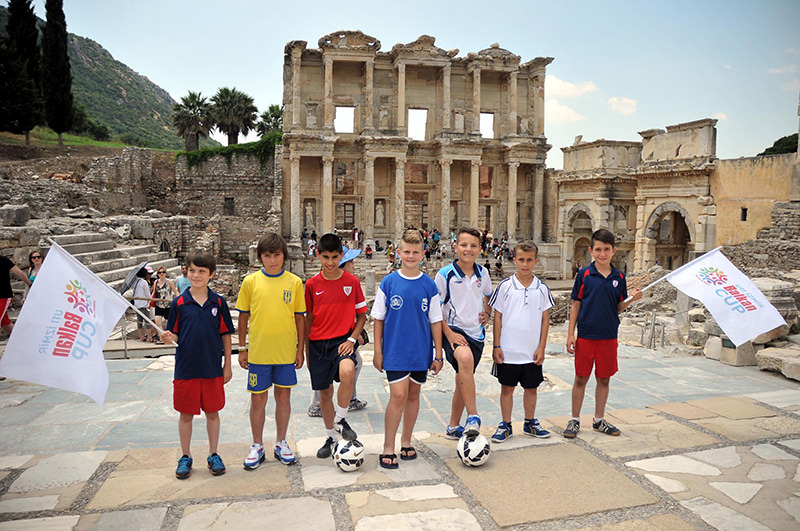 
In a football match organized among 11 year-olds between Kosovo's KF 2 Korriku and Turkey's Bursaspor clubs in Turkey's western coastal city of Izmir, an uncommon incident of profound sportsmanship took place.

During the match held in the "İzmir Balkan Cup", the KF 2 Korriku team found an equalizer after scoring the team members momentarily forgot the basics of football and carried out their celebration to their own side of the field, which meant the game could be restarted.

Seeing an opportunity, the Turkish side got the ball back and scored a goal, making the score 2-1. However, the Turkish team's coach, assessing the situation as 'unfair', asked his players to stand still while the Kosovo team marched to their goal post. This was a great act of sportsmanship in itself however just as everyone was expecting the Kosovo team to bring the score back to level grounds, the young shooter missed the shot, with the ball hitting first the goal post, then himself, and then going out of bounds.

The young boy having missed the shot became very upset, throwing his uniform in a self-accusatory way, breaking everyone's heart watching him. Amid his team's coach as well as the referee's consolations, the youngster went back to the play.

Bursaspor's coach could have easily told his players to continue but in an effort to teach the young kids about ultimate sportsmanship he yet again told his players to stand down and let the opposing team score. This time, the Kosovo team was successful in bringing the score to 2-2. KF 2 Korriku, scoring in the last minutes of the match, made the score 3-2 at the end in their advantage, becoming the finalist of the cup. The coach of the Turkish side proved that winning is not everything and sometimes teaching young athletes about a simple thing such as sportsmanship is in fact victory in itself.