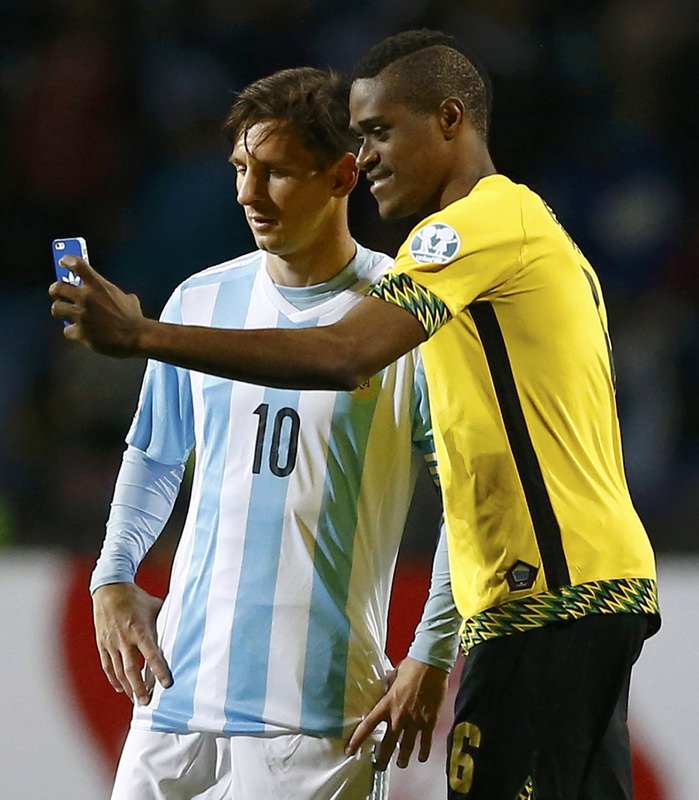 by Associated Press Jun 21, 2015 12:00 am
Argentina defeated Jamaica 1-0 in Lionel Messi's 100th game with the national team on Saturday, securing first place in its Copa America group. Lionel Messi, who is barely 28, played his 100th game with Argentina. Striker Gonzalo Higuain scored an 11th-minute winner for the title favorites, which had already secured a spot in the quarterfinals of the South American tournament.

Argentina reached seven points with the victory in Group B, two points more than Paraguay, which earlier in the day drew Uruguay 1-1 in La Serena. Defending champion Uruguay ended with four points but advanced as one of the best-two third-place finishers.

By finishing first in the group, Argentina will get to play the quarterfinals against the second-best third-place finisher in all three groups. Argentina is trying to end a 22-year title drought. It hasn't won a significant trophy since the 1993 Copa America in Ecuador, when Messi was only six years old. The Argentines won the previous four Copa Americas played in Chile, the last in 1991. Argentina lost consecutive Copa America finals to Brazil in 2004 and 2007.
Last Update: Jun 21, 2015 10:42 pm
RELATED TOPICS