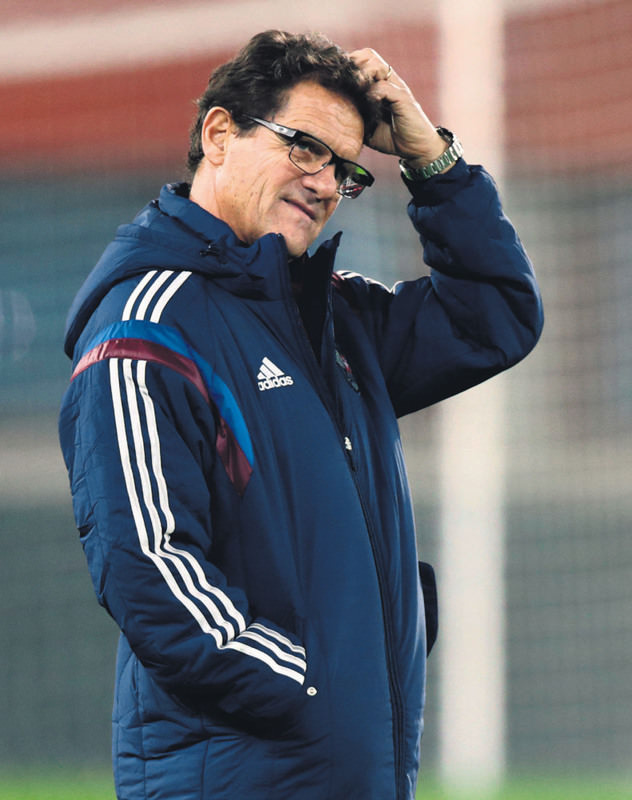 by Jun 23, 2015 12:00 am
Billionaire Alisher Usmanov has given the Russian Football Union (RFS) 300 million roubles ($5.56 million) to pay salary arrears owed to the coach of the national team, Fabio Capello. Italian Capello took over as head coach in July 2012 before having his contract extended until the end of the 2018 World Cup, which Russia will host. "As a member of the Russia 2018 Local Organizing Committee Supervisory Board, Usmanov decided to give financial help to the RFS to the tune of 300 million roubles," Usmanov's press service told the R-Sport news agency.

"Ahead of the 2018 World Cup, the question regarding the head coach is of great importance for the national football team." Usmanov, who according to Forbes magazine is Russia's richest man with an estimated fortune of $14.7 billion, earlier this year loaned the RFS 400 million roubles ($7.41 million) on favourable terms to help pay Capello. Russia were beaten 1-0 at home by Austria in their Euro 2016 qualifier earlier this month and are third in Group G with eight points after six matches.