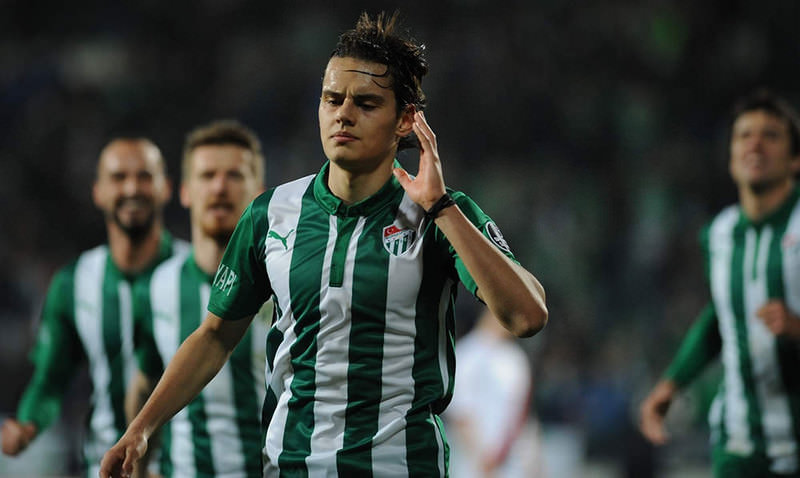 by Daily Sabah with Agencies Jun 25, 2015 12:00 am
Enes Ünal, 18-year old Turkish striker who is viewed among the most talented future stars of the country's football scene, will most probably sign with the British club Manchester City.

Recep Bölükbaşı, Chairman of Ünal's current club Bursaspor, stated that they have reached an important point in negotiations on Ünal's transfer to Manchester City, who was scouted by many European clubs since he was 16.

Bölükbaşı said Bursaspor will receive around three million euros from Ünal's transfer, and a 10 percent share from his next sale.

Pointing out to the importance of their youth setup division, Bölükbaşı said that Ünal's transfer to City shows the current status of their club.

Receiving the title in 2011-12 and 2013-14 seasons, Manchester City were the runners-up in the Premier League in last season.

Bursaspor, champion of Turkish Super League in the 2010 season, finished last season at the sixth place.