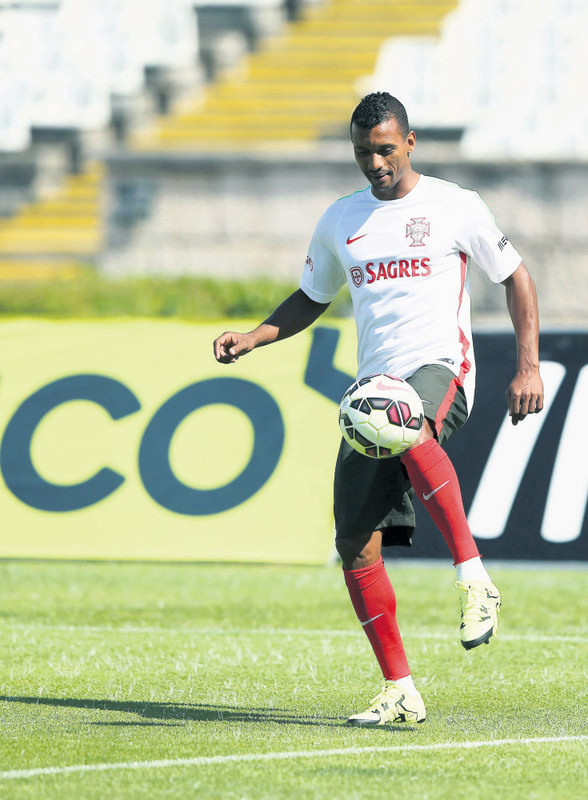 With Nani set to sign for the Yellow Canaries, Fenerbahçe have outdone the other powerhouses by signing stars such as Kjaer, Fernandao, Şener Özbayrak, Ribeiro and Abdoulaye Ba

Fenerbahçe continued their summer spending spree this week as they look set to sign Portuguese international and Manchester United winger Nani. After they signed star footballers such as defender Simon Kjaer, prolific striker Jose Fernandao and Şener Özbayrak, the Yellow Canaries are on the verge of signing Manchester United superstar Nani. A deal is expected to go through soon.

"Fenerbahçe has begun talks with Luis Nani and his club Manchester United to transfer the player," the club said, adding that Nani would be in Istanbul on Sunday to undergo a medical examination. Nani joined Manchester United from Sporting Lisbon in 2007 and during his time at Old Trafford he has won four Premier League titles and a Champions League crown.

He signed a five-year deal in September 2013, but struggled to hold down a first-team place under Davie Moyes and Louis van Gaal, who took over as coach from Moyes, agreed he be sent out on loan to his former club. Reports said that a transfer fee for the 28-year-old was being agreed in the region of 6 million euros. The 28-year-old joined United in 2007 from Sporting Lisbon, where he spent last season on loan scoring 11 goals. He has been told he is not part of United manager Louis van Gaal's plans.

Meanwhile, Fenerbahçe has taken on loan two players, Brazilian goalkeeper Fabiano Ribeiro and Senegalese center-back Abdoulaye Ba, from Portuguese giants Porto for a season. The club were also reportedly considering the buying option for the players. Ribeiro, 27, who has been with Porto since 2012, won the Portuguese league title, Portuguese Cup and Super Cup for his side. In his first two seasons with Porto, he was a backup goalkeeper and only in the last season did he become a first team player. The Brazilian goalkeeper has 65 appearances for Porto in total. Ba, 24, was part of the Portuguese league title win in 2013. He spent the last two seasons on loan in Vitoria Guimaraes and Spain's Rayo Vallecano.

Fenerbahçe's new star Kjaer said on Thursday that he joined the team to notch up success and claimed than anything other than a championship would be a failure.

The Danish footballer pointed out that he was looking forward to playing in the derby between Fenerbahçe and Galatasaray. "It is Turkey's largest derby" Kjaer stressed. Kjaer also remarked that one of the reasons why he joined Fenerbahçe was the possibility of playing in the UEFA Champions League and he believed that they would pass through the group stage.

Kjaer was asked if he felt pressure after becoming the most expensive defender in Turkish football history. He answered: "I am aware of my responsibility. I know the coach and director's expectations of me. I am happy to shoulder this kind of responsibility and be trusted. Of course there will be pressure and I am aware of it. This pressure is only giving me confidence and increasing my self-confidence. I spent two great years in France. I spent good seasons in Germany and Italy. Now I am ready to begin this hard duty here. I am aware of the difficulty of my duty and I believe we will get through this hard duty together with the other team members."

The Danish footballer said that he believes he would get along well with the Portuguese Bruno Alves, who is also a defensive player just like him.

Kjaer attended a press conference held on the second day of training camp at Fenerbahçe's Düzce Topuk Plateau Camp Facilities. He said that the Yellow Canaries have "one of the best facilities [he] has ever seen."
Last Update: Jul 03, 2015 8:10 pm
RELATED TOPICS