The stakes are too high 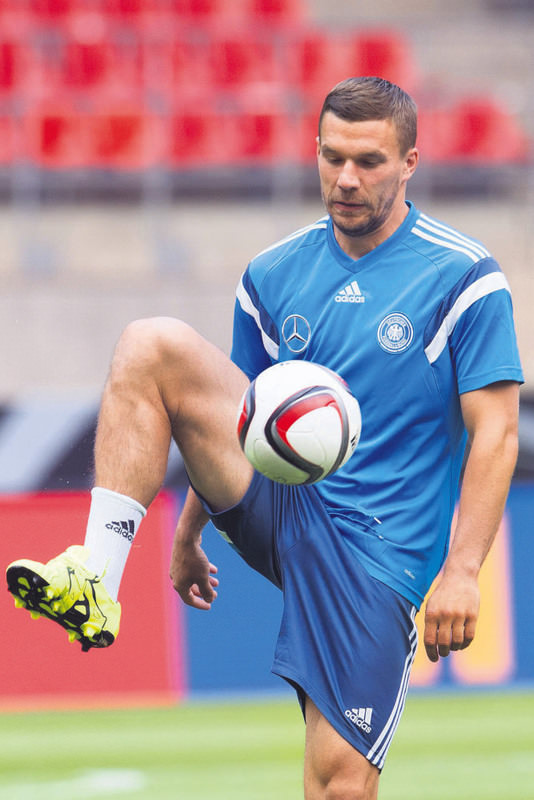 by Daily Sabah Jul 03, 2015 12:00 am
With the beginning of the transfer season, Turkish clubs began their annual money-wasting festival. This festival allows them to compensate for their all mistakes with "sensational" transfers and make fans believe everything is going to be better despite nothing changing at the core. This season, Fenerbahçe have made the fastest start by adding international stars to its squad like Simon Kjaer, Nani and rising local players like Fernandao and Şener Özbayraklı. Added to that, after five years under Turkish coaches' rule, Fenerbahçe made a paradigmatic shift by putting Vitor Pereira in charge. Nevertheless, the estimated money spent on these transfers with their long-term costs is nearly 100 million Euros. There are rumors that Fenerbahçe have agreed on a deal with a Qatari bank and this sponsorship will compensate the spending, but just like investing in a politically unstable country, the fate of this money will be always uncertain given the loose regulations on Turkish clubs.

However, last year's champions Galatasaray are making slower progress than rivals Fenerbahçe. The most "sensational" transfer by the club will be Lukas Podolski from Arsenal, if they succeed. Of course, Galatasaray already has an adequate squad for the Spor Toto Super League and Hamza Hamzaoğlu's performance will be much more important. Nonetheless, as the pressure of the club's transfer tradition bites while the fans watch rivals Fenerbahçe make transfers, they will be forced to make some unnecessary and expensive signings. But more importantly, Galatasaray have bigger administrative problems. Last year, in order to cover the mess left from former chairman Ünal Aysal, the club was left at the hands of a traditional big brother, Abdurrahim Albayrak. Nevertheless, this type of unprofessional administration cannot hold for much longer. Galatasaray managed to get the championship by fueling the team with overly motivational speeches and chaotic tactics. But this year rivals raised the stakes and they will probably have more of a chance in a chaotic atmosphere. Thus, Galatasaray and Hamza Hamzaoğlu have two options; either they can start a transfer race with Fenerbahçe and push the limits of a fragile budget, or they can try to take the game to a rational level.

On the other hand, Beşiktaş are the most promising team to achieve self-sufficiency and

a sustainable strategy and eventually a rational game plan this season. Coach Şenol Güneş has already started to get rid of so-called stars in the squad and I hope he is going to purify the Beşiktaş squad. Because a more purified and more humble squad means more space for Güneş to implement his reformist ideas. Demba Ba and Gökhan Töre were the main engines of the squad last season, because Slaven Bilic let them harvest chaos as much as they wanted. However, this year will definitely be different. Şenol Güneş wisely demanded the full control of the football team before signing a contract and he created a free atmosphere for himself to work. This will increase Beşiktaş's autonomy from the useless administrative stuff and disturbing executives. Added to that, by sending Atınç Nukan to Germany, Beşiktaş also showed at least vital signs of productivity and I am 100 percent sure this year will be much more productive for Beşiktaş regardless of the trophies and score lines.

All three teams have started to open their hands and it is obvious that an unsuccessful season could have lethal consequences. They invested in different methods, but one thing is clear, their investments are too important to lose. Thus, next season will definitely be more challenging. Enjoyable? Who knows, but be ready to radical changes after this season.
Last Update: Jul 03, 2015 10:34 pm
RELATED TOPICS