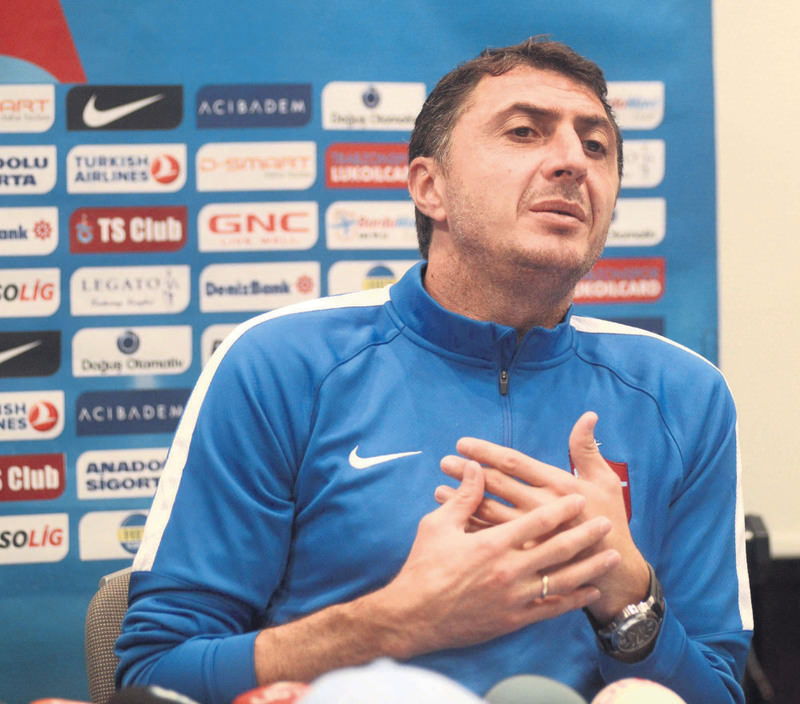 by Arda Alan Işık Jul 20, 2015 12:00 am
Tekin Küçükali from the local Trabzon newspaper Taka allegorically explains how Trabzonspor's administration works and what executives are trying to accomplish by putting Shota Arveladze in charge: "You now our old grinders. Once you pour sweet corn to it, grains move very slowly until they hit the grinder. First they roll in order to escape, but they cannot. Eventually, grains get pulverized and throw themselves into the flour bag as if they find salvation."

When Trabzonspor agreed to hire Ersun Yanal last season, I thought that would be a great chance for the city to catch up to the three Istanbul giants. And actually Yanal managed to get a crucial and sensational victory on his first day by beating Galatasaray 3-0 in Istanbul. Nevertheless, the rest of the season was full of ups and downs for Trabzonspor. Just like in 2009 when Yanal was leading Trabzonspor to the trophy, an inconceivable crackdown happened in the city last season; Yanal became inundated with gossip, hatred and demonstrations directed toward him. Added to that, Trabzonspor's controversial administration showed no sign of supporting him. They cleaved him from the herd and watched him die in the wilderness.

And now, among the Turkish Football Federation elections roller coaster, Trabzonspor chairman İbrahim Hacıosmanoğlu played his card and put one of the most popular figures of Trabzon's football history in charge. Of course, Arveladze is a distinguished coach and I believe he could achieve great success in Trabzon if he gets enough support. However, it is obvious that Hacıosmanoğlu and the Trabzonspor administration are chasing something else.

Hacıosmanoğlu and his crew declared their determination to seek justice in fixing the scandal from the beginning. But their sudden U-turn in the elections and support for the Demirören administration set the Trabzonspor community afire. Hatred and rage directed toward them mounted rapidly after the elections, and they fired Ersun Yanal one week after in order to position him as a scapegoat.

Now tell me, how can a coach be successful in such an environment? I do not know what the Trabzonspor administration is trying to do, but one thing that is clear is it is not something that pertains to performance on the pitch. If it had been, they would not have fired the coach who took them from the bottom to the Europa League zone. They just threw a year's work into the garbage and have to start all over again without pointing to any reason why. Can anyone assure Arveladze that they will not toss him aside in case of a crisis? I do not think so.

Now Shota is skating on thin ice; his job and the reputation of the club will always be in danger. Added to that, he is tired of the modern and "deviant" ideas in both Kayseri and Kasımpaşa, which led him to his end his involvement in these clubs. If he chooses to be the reformist one in Trabzon too, he might unfortunately shorten his journey. Given Trabzonspor's impatient nature, Turkish football media's traditional approach and most importantly the administration's malicious football philosophy, Trabzonspor is definitely not the best place for a reformist to work.

The other option would be adapting the circumstances of Trabzon for Shota. Given his career and reputation in the city, it will not be hard for him. However, this move may save the day for Shota and Trabzonspor, but might destroy all possibilities for long-term success - in other words, be in league with the devil. I hope both Shota and football in Trabzon survive this case; Turkish football needs both of them to stay alive.
Last Update: Jul 20, 2015 11:51 pm
RELATED TOPICS