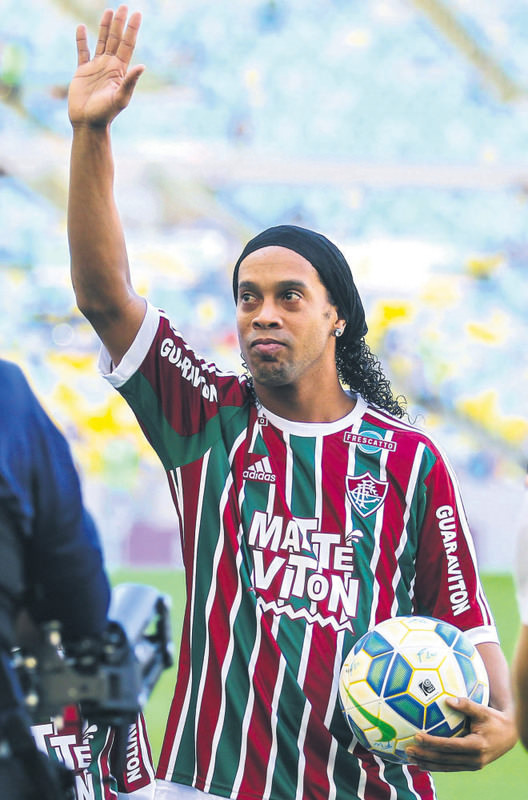 by Jul 20, 2015 12:00 am
Veteran star Ronaldinho with whom Turkish team Antalyaspor had expected to sign recently, has joined Rio side Fluminense on Sunday, the fourth Brazilian club of his widely-traveled career. The 35-year-old, a former World Cup winner, started his career with hometown club Gremio of Porto Alegre before moving to Europe where he starred with Paris Saint Germain, Barcelona and AC Milan. He then returned to Brazil representing Flamengo (2011-2012) and Atletico Mineiro (2012-2014) with who he won the Copa Libertadores in 2013. "I came here with the intention of writing history with this great club and to work hard," said Ronaldinho at his presentation at Rio's Maracana after moving from Queretaro in Mexico.