Wait, I've seen this game before! 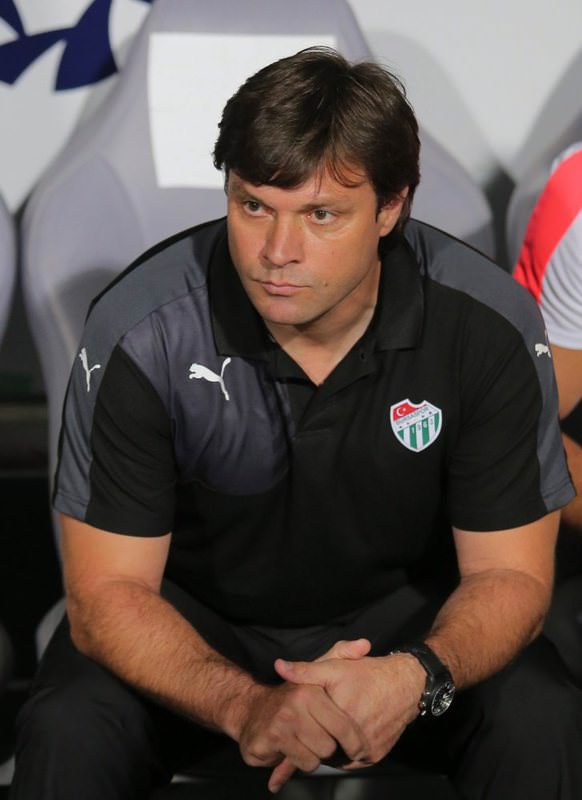 by Arda Alan Işık Aug 11, 2015 12:00 am
Bursaspor started the season with a coach who gifted the city their first championship, Ertuğrul Sağlam. But the team is still pretty much Şenol Güneş's team. Apparently, Ertuğrul Sağlam, who has a very pragmatic football mind, is going to use Güneş's legacy unintentionally, to catch the Istanbul giants. Thus, it was not a surprise for me to see Bursaspor's domination and attacking football against Galatasaray in the Super Cup final. Just like in the Şenol Güneş era, the team was able to create enough opportunities, but they lacked a good finisher at the crucial moments.

However, Sağlam's pragmatic decisions also contributed to Bursaspor's unlucky defeat against Galatasaray. Just like many other Turkish coaches, Sağlam wants a strict defense first and sacrifices offensive power for it. Nonetheless, he is unable to impose his defensive priorities at the moment, because Şenol Güneş's philosophy is still in charge at the club. The team automatically plays wide in attack, the game does not lose momentum because of unnecessary dribbles and players create passing opportunities for their team-mates. Those are all what Şenol Güneş was able to teach Bursaspor in just one year, and the team is still able to play it.

This is the point that I have always been talking about when it comes to long-term investments. Given most Turkish clubs change altogether with a new coach and destroy the building without reaching the first floor, the Turkish football community should see how precious Şenol Güneş's work is. Now, Ertuğrul Sağlam and Bursaspor have a proper ground that they can build something on.

Nevertheless, I am not sure about how Ertuğrul Sağlam will use this grounding. Seeing as his defensive priorities have not been able to change Bursaspor yet - instead confusing team strategy - it is very likely that he will try to build everything from bottom up. Let us hope Şenol Güneş's legacy in Bursa will not just be a one-year period in Bursaspor history.

On the other hand, I congratulate Galatasaray and Hamza Hamzaoğlu for their success. Hamzaoğlu won three cups without even spending a year at the club and has to take huge credit for his success. Nevertheless, this fact does not change another the fact that Galatasaray are still the same team as last year. The game is dependent on individual skills and Galatasaray still does not know how to create opportunities as a team. Thus, the fate of the team is up to Wesley Sneijder's, Lukas Podolski's or Burak Yılmaz's inspiration.

Galatasaray's administration and Hamza Hamzaoğlu are still on thin ice because of the financial status of the club, but this fact does not justify the club's "save-the-day" philosophy. Hamzaoğlu and his crew did a good job under tough circumstances, but now they need to build a new team that will chase the Champions League knockout phase.

Another crucial point that led Bursa to their unlucky defeat was Fernando Muslera's great performance. Muslera always gives confidence to his team-mates and creates the opposite feeling for rival strikers. He played almost flawlessly and did not allow Bursa to find the goal they deserved. On the other hand, Mert Günok, a promising goalkeeper once, is unfortunately regressing. The goal he conceded was neither hard nor placed, it was an amateur goalkeeping mistake. I do not understand why Ertuğrul Sağlam does not opt for Harun Tekin, who performed remarkably last year. I guess Sağlam is trying to prove to everyone that he is the boss right now, but that is not a good idea.
RELATED TOPICS