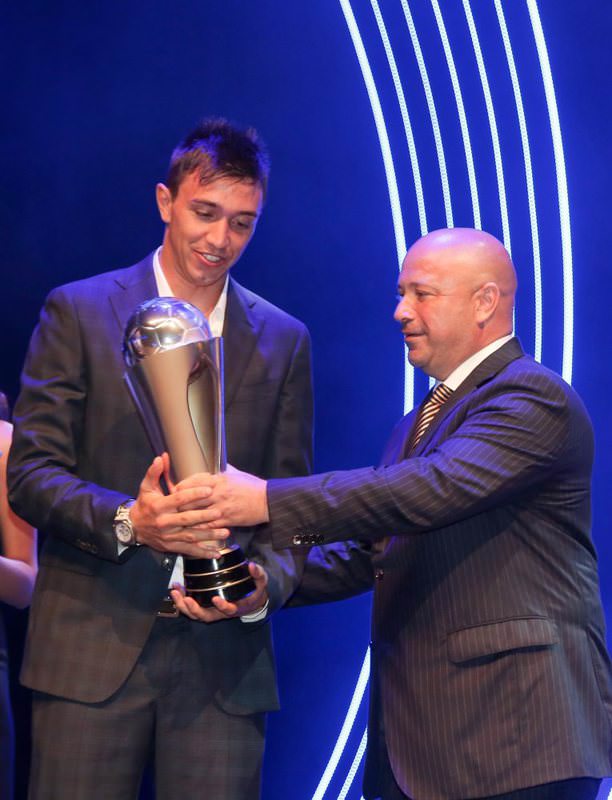 Turkish football world gathered for an unprecedented award ceremony. The Professional Footballers' Association's first awards were given out in nine categories to footballers and sportsmen who were determined by the votes of professional footballers in the ceremony held in the Haliç Congress Center on Tuesday.

In the final evaluation, which was voted on by 395 people including Super League players, managers and coaches in the lower leagues, Güray Vural won Goal of the Year award for his strike against Fenerbahçe in the 21st week. 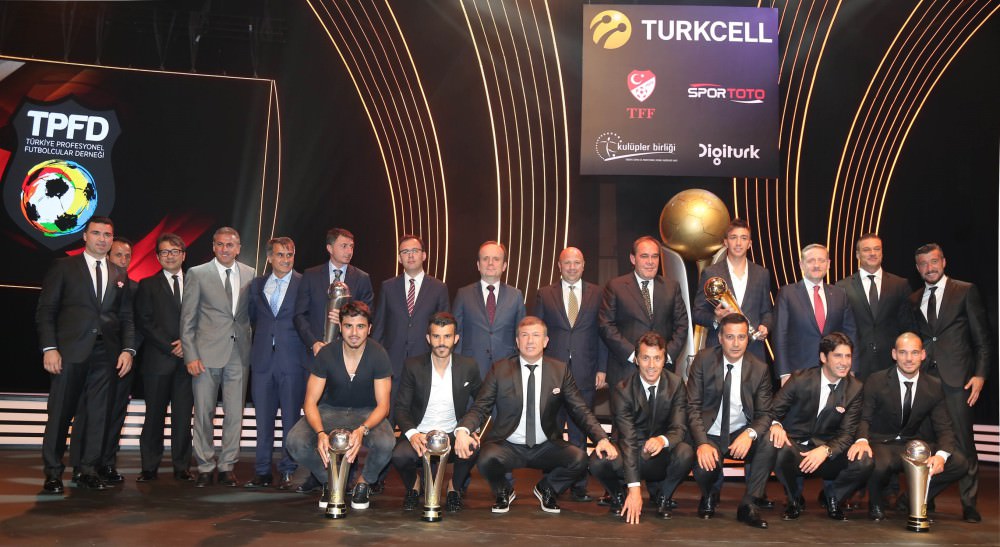 The Professional Footballers' Association's first awards were given out in nine categories to footballers and sportsmen who were determined by the votes of professional footballers in the ceremony held in the Haliç Congress Center on Tuesday. Muslera took his awards from Turkcell General Manager Kaan Terzioğlu.

While Hamza Hamzaoğlu was named the Coach of the Year and Ozan Tufan became Young Footballer of the Year, Mustafa El Kabir won the Assist of the Year award in Gençlerbirliği's clash with Başakşehir in the 25th week and Shota Arveladze took the Fair Play Movement of the Year with his gentlemanly conduct during his game with Konyaspor.

Terzioğlu said, "We felt there was a lack of an objective, respected and professional reward mechanism in our country. It is important that this need was fulfilled by the leadership of the Turkish Professional Footballers' Association. As Turkcell, we pay attention to take institutionalizing steps so that the Turkish football achieves permanent and sustainable successes in the international arena; hence, we have been supporting football for 13 years in every field. I believe these awards will bring a breath of fresh air to our football world and contribute to the motivation of the footballers starting from this year."

Arda Turan, who successfully represented Turkey at Atletico Madrid in the previous season, was granted the Turkish Professional Footballers' Association Special Award. Hakan Ünsal, the president of the association, said Arda Turan represented Turkey not only with his performances but with his personality as well. "Arda Turan, who made proud everybody young and old alike, won the Turkish Professional Footballers' Association Special Award as a result of an evaluation of the board members of the association. We believe that he will bring his successes to new heights in the upcoming years and will continue to make us proud," said Ünsal.

Kadri Mutlu, corporate communication director at Digiturk, said he was happy to be one of the supporters of the night and to participate in the award ceremony that brought the football community together. Mutlu stressed that, "As Digiturk, we gave the Best Coach and the Best GoalKeeper awards. As a leader and visionary sports platform in Turkey, we are happy to give the awards to these two footballers, who are in such a leading and difference-making position that directly contributes to consolidating team spirit. We expect the atmosphere of this ceremony to spread throughout the entire season. I congratulate the footballers and sportsmen who were nominated and won awards and wish them continued success in the 2015-2016 season."
Last Update: Aug 13, 2015 1:42 am
RELATED TOPICS