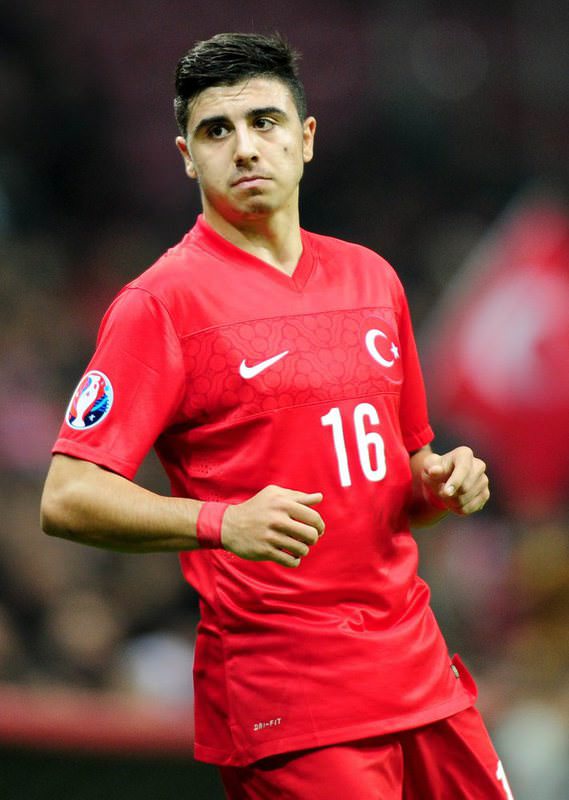 by Daily Sabah Aug 14, 2015 12:00 am
Bursapor's right back Ozan Tufan, one of the Turkey's most promising young footballers, joined Fenerbahçe on a four-year deal yesterday. It is deemed a controversial transfer because the Turkish football world thought Tufan would go to Beşiktaş, who are coached by his and Busraspor's former coach Şenol Güneş. However, Bursaspor President accused Güneş of luring the Green Crocodiles' star footballers.

He said on Monday, "I will file a criminal complaint against Beşiktaş President Fikret Orman and coach Şenol Güneş. They met our footballer without notifying us. Ozan Tufan may go to an Istanbul team. But I don't want to sell him to Beşiktaş." After this statement, Güneş responded to his former president and said, "If anyone accuses me of luring and confusing their footballers, I will throw down the gauntlet." This reaction backfired and Bursaspor sold Tufan to Beşiktaş's archrivals Fenerbahçe. The Yellow Canaries, who have already spent a fortune this summer, added a new name to their star collection this year after signing stars such as Luis Nani, Robin Van Persie and Simon Kjaer.

They also eye another Bursaspor star, Volkan Şen. They have already signed Fernandao and Şener Özbayraklı from the Green Crocodiles this summer. Manchester United were also closely linked with the young midfielder as were several other European clubs, according to Ozan's father. "Other big European teams have sent scouts to watch Ozan play...AC Milan, Juventus, Chelsea and both Manchester clubs, City and United," Mehmet Tufan told Spanish newspaper AS. The Metro recently reported that Liverpool had also been monitoring the highly rated midfielder. The report claims that scouts were sent to watch the Turkish international toward the end of the 2014-15 league campaign. Fenerbahçe kick-off the 2015-16 league campaign against Eskişehirspor this weekend.
RELATED TOPICS