Glamorous opening in the Super League 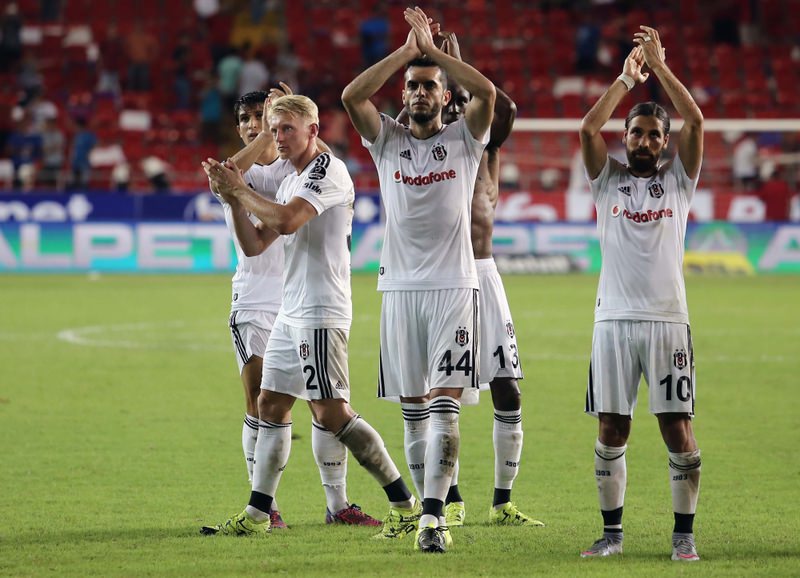 The Spor Toto Super League's opening weekend witnessed glamour games with brand new world famous stars that have brought heat into the Turkish league with goals each more beautiful than the other. Antalyaspor's flashy transfer Samuel Eto'o's goals against Medikal Başakşehir charmed Turkish football fans more than most. Beşiktaş, who finished third in the league last year, are perched on top after the season opener with their hammering of Mersin İdmanyurdu 5-2 at Mersin Stadium on Sunday night. The win has another meaning for the Eagles because they have now won 1000 games in the Turkish first division, played since 1959. At the same time, Beşiktaş will soon experience their 3,000th goal celebration since they have already found the net 2,992 times in the league history. Beşiktaş's Cenk Tosun scored his first hat-trick in the Super League. Moreover, young midfielder Oğuzhan Yakupoğlu starred with three assists and sealed the game. Beşiktaş took the lead in the ninth minute as striker Cenk Tosun scored. Eleven minutes later Mersin İdmanyurdu's Burkinese winger Prejuce Nakoulma scored the equalizer. Near the end of the first half, Cenk Tosun scored the leading goal again.

Cenk made it three in the 68th minute. Five minutes later Beşiktaş midfielder Olcay Şahan put the ball in the back of the net for the Black Eagles. In 89th minute home team winger Nakoulma scored for his team however Beşiktaş made it five as their winger Kerim Frei made the score 5-2. He has scored a superb 49 goals in 134 games during his Super League career.

After the game, Beşiktaş President Fikret Orman praised the new transfer Ricardo Quaresma and said, "He played as if he were the elder brother of the team. For the time being, we are planning one more transfer but we don't think another goalkeeper. Oğuzhan played very well too, by the way." Beşiktaş's new coach Şenol Güneş said, "We aren't thinking about sending our goalkeeper Cenk Gönen to another team as long as he does not want to. We deserved the win. My footballers played well in some parts of the match and bad in some parts. We are a big team. We must attack more and give the rivals less opportunities. Quaresma's benching after the first half was a tactical choice. I'm pleased with his performance."

Turkish football's top division had gotten underway on Friday night as Fenerbahçe met Eskişehirspor. The fixture at Fenerbahçe's Şükrü Saraçoglu Stadium saw the hosts win 2-0. Senegalese forward Moussa Sow and Brazilian center forward Fernandao were the scorers for Fenerbahçe. Defending champions Galatasaray barely drew against Medicana Sivasspor 2-2 in an away match on Saturday night. Medicana Sivasspor winger Aatif Chahechouhe scored two goals for his team in the 10th and 55th minute of the game. Galatasaray narrowed the gap to one when their Turkish striker Burak Yilmaz found the net in the 60th minute. In the 80th minute the Istanbul side's German forward Lukas Podolski's header equalized.

After the flashy transfers such as Robin Van Persie, Luis Nani, Lukas Podolski, Mario Gomez and Samuel Eto'o, Bursaspor signed another world famous star: Hungarian left winger Balasz Dsudzsak. He is expected to sign a three-year contract after a medical check. The 29-year-old Balasz Dsudzsak had been on the radar of the three biggest teams Fenerbahçe, Galatasaray and Beşiktaş but they could not transfer him due to his astronomical transfer fee. And it is also rumored that the leader of the transfer season, Fenerbahçe will sign another big name, Sofiane Feghouli from Valencia. The Algerian midfielder is expected to come to Istanbul on Friday.
RELATED TOPICS