Damn, I missed this game... 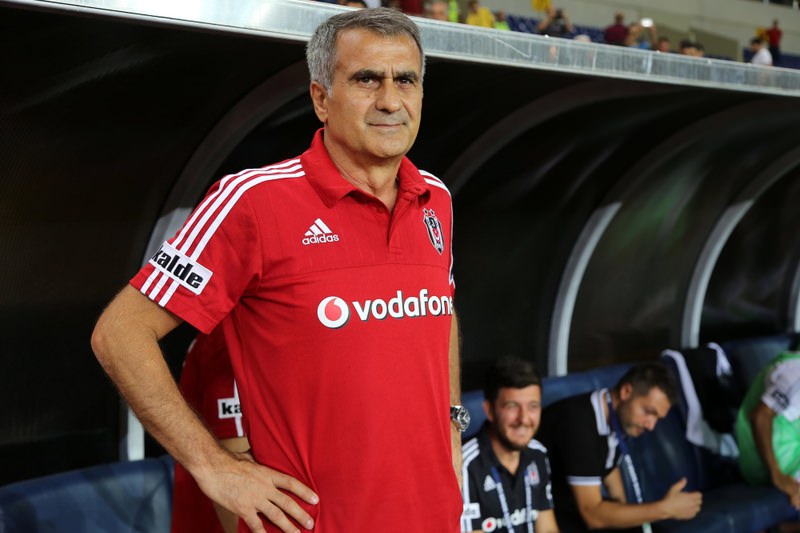 by Arda Alan Işık Aug 19, 2015 12:00 am
I used to think jetlag is the worst thing that could happen to you when you are abroad, but I guess I forgot what it was like to watch Turkish football games in the middle of the night. Luckily though, Beşiktaş and Şenol Güneş put their foot on the throttle from the beginning of the Mersin İdman Yurdu game and I didn't feel even the slightest bit sleepy once during the 90 minutes. Beşiktaş played like their fans have wanted them to for years, years wasted playing under old school, chaos-loving coaches. "Şenol Güneş's democratic intervention not only means a separation from Slaven Bilic's chaotic game but also represents a complete division from the cultural codes of Turkish football," hurhaber.com writer Ali Fikri Işık said. The main reason Beşiktaş played so effectively and productively was Güneş's ability to transform Beşiktaş from a chaotic side into a well-organized democratic team, where collective power comes first, then individual talent.

However, despite the obvious fact that Şenol Güneş has quickly changed the paradigm at Beşiktaş and this directly affected the team, the football media has already decided that Oğuzhan Özyakup and Cenk Tosun are the superheroes of Beşiktaş. True, Tosun and Özyakup put in superb performances and one of them scored three goals and the other had three assists. But the question is, where were these players over the last two years? Why was Özyakup not able to show this kind of leadership last year and why did Tosun have to wait in line behind the clumsy Mustafa Pektemek? Yes, you got it right, it is because Slaven Bilic was not able to create a decent enough game plan to utilize these players and now Şenol Güneş has given them the situation they have always been waiting for.

Added to that, all the Beşiktaş players were happy about being able to exercise their freedom and show the confidence that comes from a collective playing style. Under Slaven Bilic's command, everyone knew their positions and limits, but not the ultimate plan to beat the opponent. Nonetheless, as we saw in Beşiktaş's quasi-Barca-style second goal, all the players understood the importance of ball retention, creating passing opportunities and getting rid of the restricting idea of imaginary positions. Now, Beşiktaş no longer have three different positions such as defense, midfield and attack. Just like a compact and complete team, there are only physical borders in the game, such as the back, forward, left and right of the game. When you get rid of the imaginary positions, the game becomes much freer and easier to shape.

Furthermore, despite the popular argument that suggests well-organized strategies decrease individual freedom and makes games much more predictable, the Beşiktaş players were able to use their personal talent because they had the appropriate situation to showcase them. Players cannot create a strategy individually, because football is a team game and that is why we need a good footballing mind. Expecting players to organize everything in such a short and chaotic period of time is completely nonsense. Thus, before praising Oğuzhan Özyakup's feet, try to examine Şenol Güneş's mind first.

Even though I have no doubts about Şenol Güneş's ability to take the best from a player, I do not think Tolga Zengin is the right choice to protect Beşiktaş's goal. First of all, his physical condition is very unstable and given his age this is a risk that Beşiktaş should not take. Added to that, I think Günay Güvenç and Cenk Gönen are no less than Tolga Zengin, and they are young. Güneş was able to get a good keeper out of Bursa goalie Harun Tekin last year, why not creating a long term goalkeeper for Beşiktaş from Güvenç or Gönen.
RELATED TOPICS