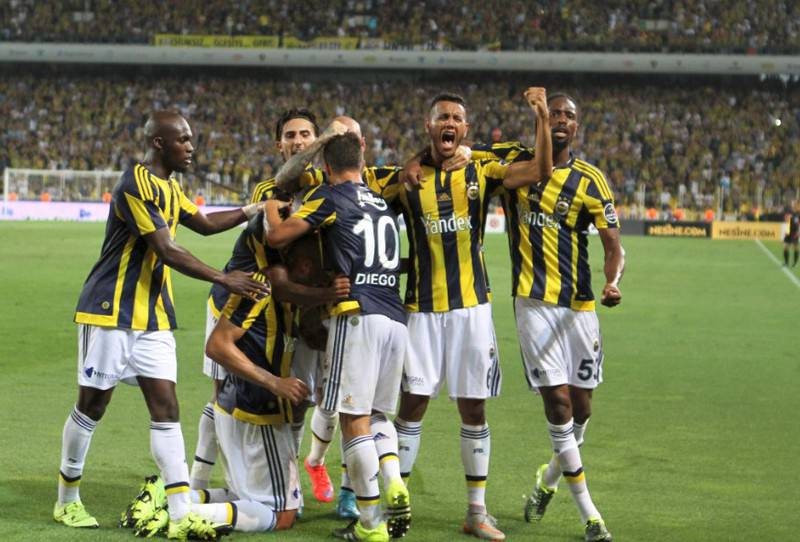 by Hakan Baş Aug 19, 2015 12:00 am
Having been eliminated by Shakhtar Donetsk in the third qualifying round of the Champions League, Fenerbahçe now turn their eyes to another European trophy. The Yellow Canaries will be hoping to get a result in their match against Greek team Atromitos in the Europa League playoff round tonight. Fenerbahçe are aiming to get a good result against relatively weak rivals in the first leg and return to Istanbul with a comfortable lead.

Considering the Turkish team's hunger for a European trophy because of the two years suspension due to match-fixing allegations, the match is especially important to Fener fans. With many flashy transfers such as Robin Van Persie and Luis Nani signing for the club, Fener fans desperately want to watch their team go deep into European competition. In the away match, Fener's stars Simo Kjaer and Gökhan Gönül won't be able to take the field because of Kjaer's red card and Gönül's injury.

The match will be played at the Peristeri Stadium in Athens, Greece. It will be refereed by Italian Daniele Orsato. Fenerbahçe's rivals' home ground is something of a fortress, having not lost at home for over a year. The navy blue-yellow team will try to beat their rivals who have not been defeated in their last 22 matches at home, going back 379 days.

The last time Atromitos were defeated at home was against Sarajevo. The Bosnian team won 3-1 over Atromitos on Aug. 7, 2014. After that match, Atromitos won 14 and drew seven matches. Last season, Atromitos did not lose in 20 matches in the Greek league on their home soil. They were defeated in only two matches. Fenerbahçe's coach Vitor Pereira was the coach of Greek team Olympiacos last season and he managed to beat them 2-1 in one of Atromitos's few defeats.

First-leg matches are today, and return matches are on Aug. 27. The winners advance to the 48-team group-stage draw on Aug. 28 in Monaco. The groups will include 10 teams that have transferred to the second-tier competition after losing in the Champions League playoff round. Following Fenerbahçe's elimination by Ukraine's Shakhtar Donetsk in the second leg of the UEFA Champions League's third qualifying round, Trabzonspor and Medikal Başakşehir also said farewell to the Europa League in the third qualifying round.