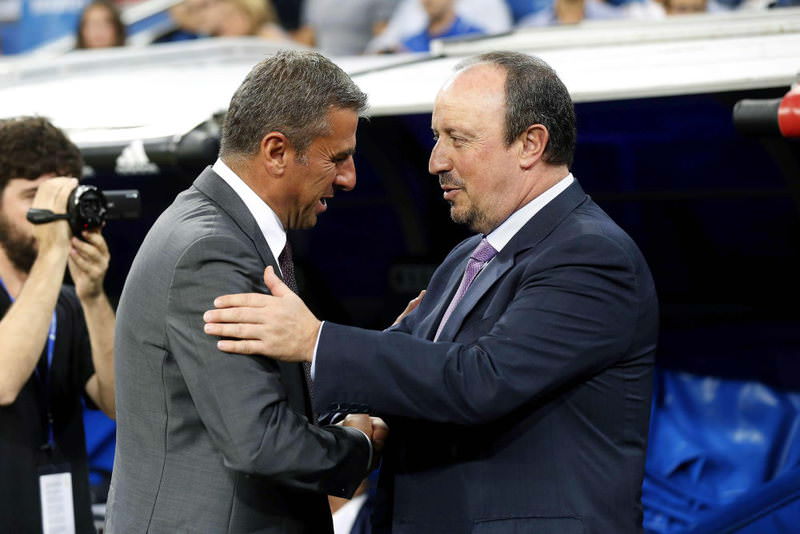 Real Madrid chose Galatasaray as rivals for Santiago Bernabeu Trophy this year. Although the Spanish giants got the trophy, the Galatasaray coach said It was a great honor to play against Real Madrid

Spanish football club Real Madrid have won the 36th Santiago Bernabeu Trophy as they defeated Turkish heavyweights Galatasaray 2-1 in Madrid Tuesday night. Real Madrid fullback Marcelo's struck a fine goal to earn a 2-1 victory at home to Galatasaray in their final friendly before they begin their La Liga campaign at the weekend with a trip to promoted Sporting Gijon.

Defender Nacho fired Real ahead in the 17th minute of the Santiago Bernabeu trophy invitational match when he nodded into the net from a Luka Modric corner before former Real midfielder Wesley Sneijder levelled eight minutes into the second half.

Marcelo settled the game in the 81st minute when he skipped past several opponents into the penalty area and clipped a neat low shot past goalkeeper Fernando Muslera.

It was an unconvincing performance from the world's richest club by income, however, with Cristiano Ronaldo wasting several chances and winger Gareth Bale failing to convince before making way for Denis Cheryshev with about five minutes left.

Under new coach Rafa Benitez, Real are looking to improve on a disappointing 2014-15 season when they failed to win any major silverware, starting on Sunday against Gijon.

The club announced earlier on Tuesday that they had made another addition to their squad with the signing of Croatia midfielder Mateo Kovacic from Inter Milan for a fee reported to be about 30 million euros.

Brazil international Marcelo, one of the club captains, said Real were ready for the start of the La Liga season, when they will be aiming to deny champions and great rivals Barcelona a sixth title in eight years.

"We know that it's always very difficult at the beginning but we will give our all to put together a great season and start on the right foot," he told Spanish television.

Galatasaray coach Hamza Hamzaoğlu said, "My footballers performed well, befitting such a rival and game. It was a joyful night. We wanted to win but unfortunately could not. I thank my players and Real Madrid for putting on such a good event. Real Madrid have many cups in their museum. But I hope they will win many more. Moreover, I want to thank the coaches and administrators for inviting us to such an event as a result of their goodwill. "It is a great honor to play against Real Madrid. It was important for increasing the self-confidence of our players. This will reflect in the matches we'll play in the Super League. Besides I'm pleased with the performance of Jose Rodriguez tonight. I'm sure he'll be much better in the future. Our club has a good player in Jose."

Hamzaoğlu said that Galatasaray already have 26 players and he is confident in each one of them. He said, "But we may sign one or two players for the positions we need."