Is this ‘real' life or just fantasy? 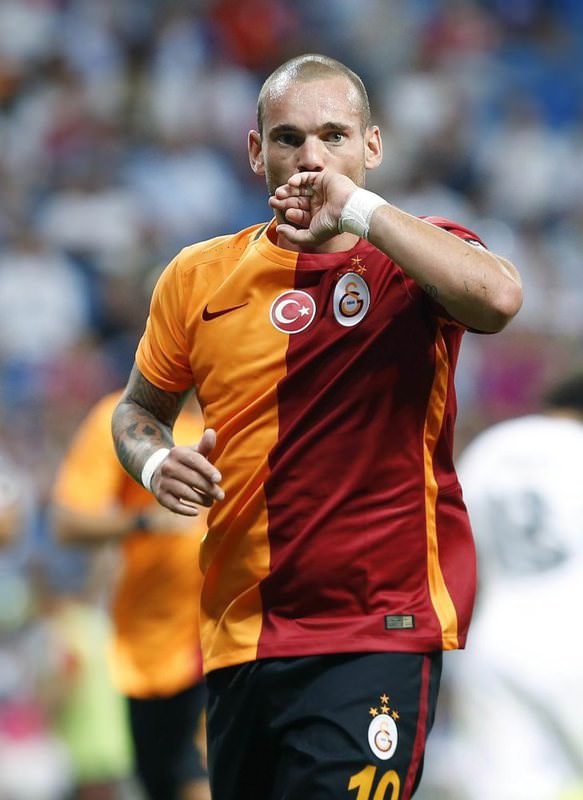 by Arda Alan Işık Aug 22, 2015 12:00 am
"Galatasaray has enough talent to get rid of the press, and the attack they organized at the 34th minute, which was started by Emre Çolak's vision and technique, was enough to cheer up Santiago Bernabeu Stadium. Even though the attack was ended by an unfortunate offside call, it is obvious that not every team can execute such an attack against Real Madrid. Galatasaray's continuous press and Wesley Sneijder's excellent goal gives us a message," said Fanatik writer Mehmet Demirkol, emphasizing that Galatasaray has potential but needs concentration. Thus, Demirkol claimed that the team has more potential in the Champions League than the Turkish Super League given the team's lack of concentration.

Well, the game was a friendly one, and the Real Madrid team were not at their top form, so I will not draw as bright a picture as Mr. Demirkol. Seeing that a reformist figure like Rafael Benitez is in charge of Real Madrid, and it will take time for them to reach their full power, there is no need to exaggerate Galatasaray's head-to-head game against Real. The team, which was the grand master of counterattacking in past years, is in the hands of a modern, dominant coach right now. And as we saw in the Galatasaray game, the transformation process will be hard for them. Pep Guardiola, Marcelo Bielsa, Arsene Wenger and Rafael Benitez also implement strategies based on ball possession, dynamic offensive variations and compact game play. Real is used to doing these except ball possession, but without possessing the ball, nothing else matters. Thus, Real Madrid first needs to learn how to stop that unstoppable urge to kick the ball to Cristiano Ronaldo and Gareth Bale. Rather, Ronaldo and Bale have to adapt themselves to a more controlled and rational strategy; their feet will no longer shape Real Madrid's offense, but they will be much more effective at the service of a talented game.

On the other hand, even if Mr. Demirkol praises Galatasaray's organizational talent and creativity, there was no planned or repeatable organization at all. As Demirkol said, Çolak's vision or Sneijder's shooting skills just shined for a moment, and then Galatasaray's unproductive game ruled for 90 minutes. This is because Galatasaray is still dependent on the individual skills of their players, not a collective strategy that utilizes individual talent. At this point, coach Hamza Hamzaoğlu is responsible for this situation; he should be the superior mind on the team and lead his players to a self-sufficient, productive strategy. Nevertheless, Hamzaoğlu still just shuffles his cards and hopes to see something new or useful, but never tries to organize his cards for the whole game. Galatasaray's squad is sufficient for both the Turkish Super League and the Champions League; what they need is an intellectual, organizing leadership, not just a "big brother" or a shoulder to cry on.

Actually, there are still a lot of problematic issues about Fernando Muslera, such as his negligence in commanding his area and his foot skills, but Galatasaray's defensive deficiencies make these problems secondary on the list. If the team continues this chaotic form, they will need Muslera's top form throughout the season. However, if Hamzaoğlu wants to build something meaningful, he also needs to take care of Muslera's harmful habits.
Last Update: Aug 22, 2015 1:39 am
RELATED TOPICS