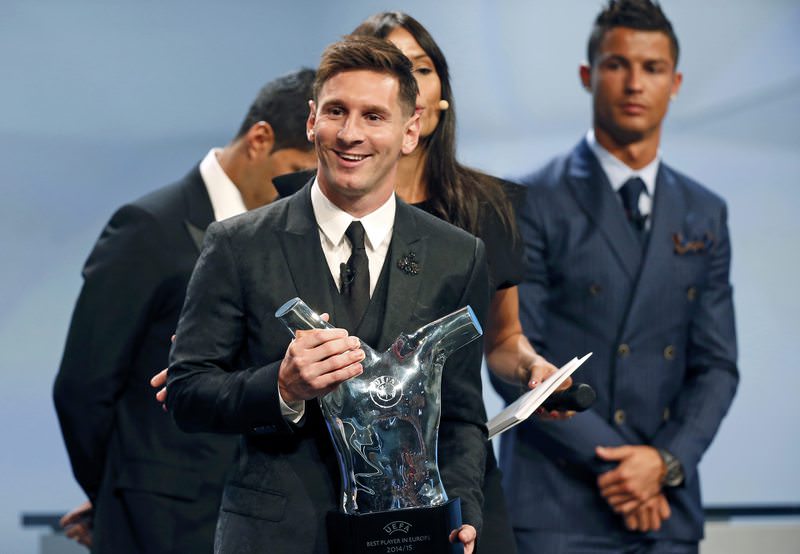 Barcelona's Lionel Messi poses with his Best Player UEFA 2015 Award while Cristiano Ronaldo (R) looks on during the draw ceremony for the 2015/2016 Champions League Cup, on August 27, 2015. (REUTERS Photo)
by Associated Press Aug 27, 2015 12:00 am
Barcelona's Lionel Messi received the UEFA Best Player in Europe Award for the second time beating other favorites such as Cristiano Ronaldo and teammate Luis Suárez in a Europe-wide live poll of 54 journalists.

Messi, the four-time FIFA world player of the year, got the UEFA honor after a season-long duel with Ronaldo for the Champions League scoring record. Both resume this season on 77 goals.

Suarez, who scored the decisive second goal in the 3-1 final win over Juventus in June, reached the shortlist despite starting his season in late-October. The Uruguay forward served a FIFA ban for biting at the 2014 World Cup.