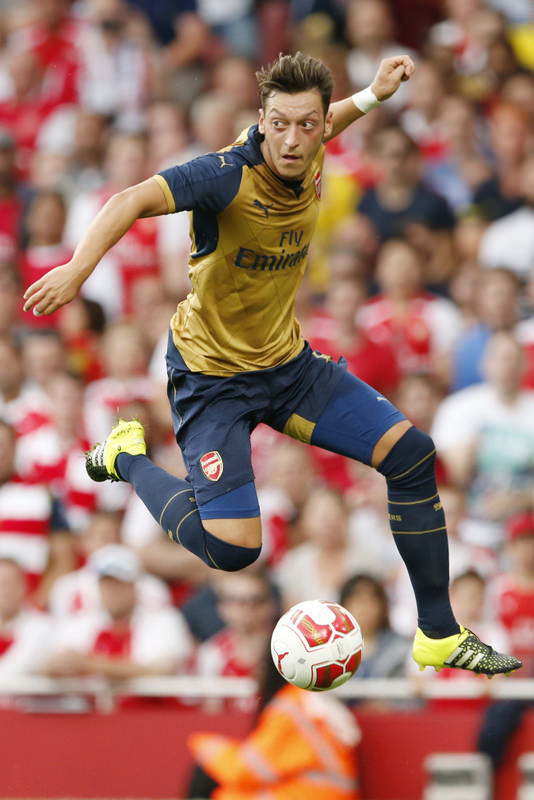 by Sep 03, 2015 12:00 am
Germany midfielder Mesut Özil would like to return to the site of Germany's 2014 World Cup triumph and play in the Rio de Janeiro 2016 Olympics, he said on Wednesday. Three overage players are allowed in the Under-23 football tournament. "I would love to be in Rio for the Olympics to help the guys get a medal," the Arsenal man, 26, told Sport Bild. "The Olympics would certainly be another real high point in my career."

However, with Euro 2016 happening in France in June and the English league season starting in August, right when the Rio Olympics take place, Mesut Özil's dream is unlikely to become a reality. "I can hardly imagine that it is possible given the schedule," Germany coach Joachim Loew said.
RELATED TOPICS