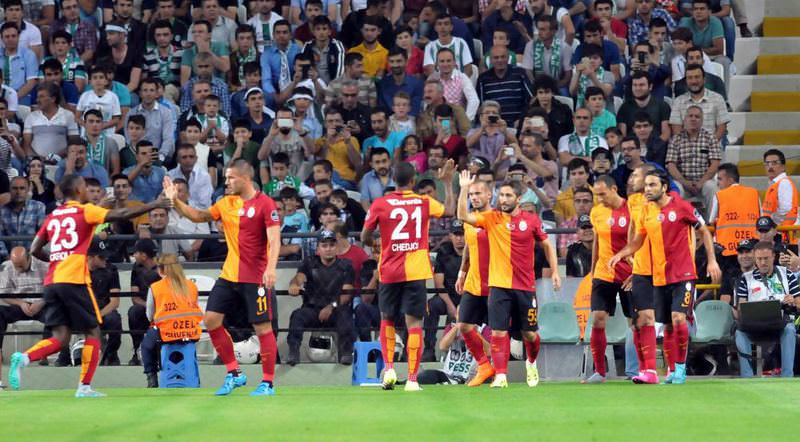 Galatasaray embark on a fourth successive UEFA Champions League group campaign with a home game against Atletico Madrid, who are in the competition for a third year in a row

The Champions League gets underway on Tuesday and Wednesday with the first matches of the group stage. Galatasaray will be looking to break a recent run of poor results in Europe, as well as Atletico's strong form. The defending Turkish champions haven't won their last eight matches in European competition. Atletico, meanwhile, have only lost once in 12 meetings with Turkish teams. Galatasaray's record against La Liga opponents is eight won, six drawn and 15 lost, with six wins, two draws and six losses at home.

The Turkish double winners are in their 14th group stage campaign and their fourth in succession. They missed out in the five seasons before 2012/13.

Atletico Madrid invested heavily in new players this summer with the aim of contending for a Champions League title that it was seconds away from winning two years ago.

The new-look attack will get its first test of the European campaign today. Diego Simeone will hope his team can shake off its first loss of the season when it fell 2-1 to Barcelona on Saturday, and recover its winning form for the first two rounds that included an impressive 3-0 victory at Sevilla. Atletico's coach is opting for a "cautious" approach for the Champions League opener in Turkey before a second Group C match against Benfica, which he called their "strongest opponent."

"We start away from home, which isn't a good thing and demands a lot of focus," Simeone said. "Our first two fixtures therefore invite a cautious approach. But as we've always done here, we'll just focus on the first game." Benfica hosts newcomer Astana in the group's other match.

Atletico was agonizingly close to winning the Champions League Cup in 2014, when Real Madrid equalized in stoppage time before winning the final 4-1 in extra periods.

And after Atletico fell to Madrid in last year's quarter-finals before Barcelona dethroned them as Spanish league champions, the club responded by making the first major overhaul of their squad since Simeone's arrival midway through the 2011-12 season.

The club sold several players, including Arda Turan, Miranda and Raul Garcia, who had proved critical to its winning run in the 2014 Spanish league, 2013 Copa del Rey and 2012 Europa League titles.

Striker Mario Mandzukic also left, making way for a spending spree of a reported 140 million euros to bring in Colombia striker Jackson Martinez, and forwards Luciano Vietto and Yannick Carrasco, among others.

Simeone has given starts to both Jackson and veteran Fernando Torres, while France forward Antoine Griezmann is blossoming into one of Europe's finest talents.

"Jackson is a finisher. He's also very strong in the air and good with both feet," Simeone said. "We have competition for places here with Fernando Torres and now Luciano too. All the players like to compete, which is great for us."

Benfica haven't had much of an impact on the Champions League since it won back-to-back European titles in the 1960s. Even so, they aim to make their experience tell when they welcomes Astana, the first team from Kazakhstan to reach the group phase.

The Lisbon club is making its sixth consecutive Champions League appearance, and has lost just one of its last 14 European games at the Stadium of Light.

Benfica's form is also improving quickly after a shaky start to the season. They thrashed crosstown rival Belenenses 6-0 last weekend, with striking duo Jonas and Konstantinos Mitroglou each getting a pair of goals.

Coach Rui Vitoria is making his Champions League debut after taking charge in the summer.

Elsewhere, Manchester City embark on a fifth Champions League campaign buoyant after a perfect start to their domestic season but still searching for the secret formula against Europe's top brass. Manuel Pellegrini's side have again been handed a tough group and the visit of last year's runners-up Juventus to the Etihad today will provide an early Litmus test for their hopes of going past the last 16 for the first time.

Zlatan Ibrahimovic gets the chance to face his hometown club, and the team with whom he started his career, as Paris Saint-Germain begin their Champions League campaign against Malmo today.

Cristiano Ronaldo has more goalscoring records in his sights when Real Madrid get their Champions League campaign underway at home to Shakhtar Donetsk.
RELATED TOPICS