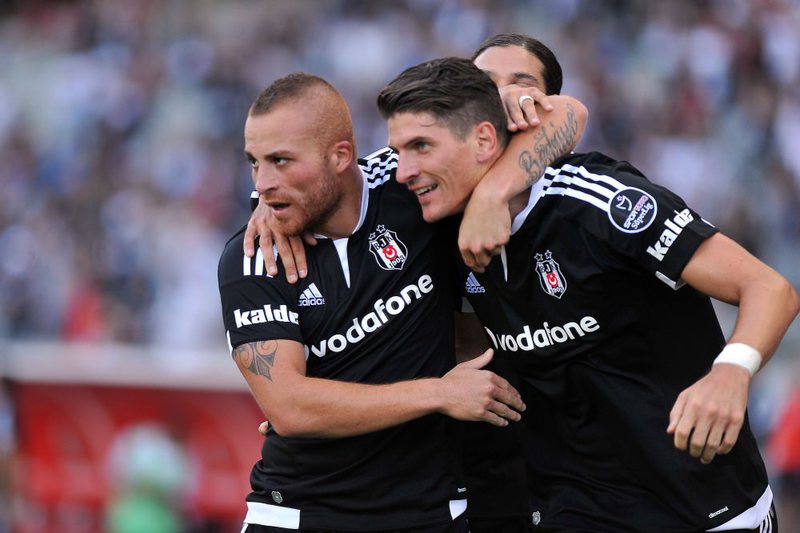 by Hakan Baş Sep 15, 2015 12:00 am
Beşiktaş, led by new signing Mario Gomez's two goals, overcame Medipol Başakşehir 2-0 while Fenerbahçe cruised past Kasımpaşaspor 1-0 and finished the fourth week of the Spor Toto Super League in first place. German striker Mario Gomez scored his first goals for Beşiktaş and left his mark on his side's second consecutive. Along with his goals, the 30-year-old strike got credit for his excellent performance during the game. Beşiktaş fans have already nicknamed him "Super Mario" referring to the famous video game character.

Gomez said after the match, "I'm extremely happy to win. We could have scored seven or eight goals. We should have been more merciless. But we did the right things although we gave too many opportunities to the rival. But we are a new team and trying to set our playing system. Thanks go to Gökhan Töre and Olcay Şahan for their good assists. It is very upsetting to miss goals. I feel physically very well." Beşiktaş also broke their bad luck against Başakşehir, who they have beaten just three times in 17 matches. Beşiktaş raised their points total to nine and rank second after 10-point Fenerbahçe. The Yellow Canaries only just maintained their lead at the top of the table with a goal scored by Josef de Souza in the 42nd minute in an away match against fellow Istanbulite team Kasımpaşa.

Confessing that they did not play well, Fenerbahçe coach Vitor Pereira said, "What's important is to get three points and we made it. We knew that the match would be difficult. We played against a well-organized and defensive team. By the way, the interludes due to the international matches are difficult periods for teams. Moreover we had injured footballers. That's why the match was hard to win. I especially want to thank Mehmet Topal for his perfect defensive performance." Elsewhere, Torku Konyaspor got their first win against Osmanlıspor in a 2-1 win in an away match. Medicana Sivasspor, who started the season poorly drawing three times in the fourth week of the Spor Toto Super League. They drew with Çaykur Rizespor 1-1 in Rize.
RELATED TOPICS