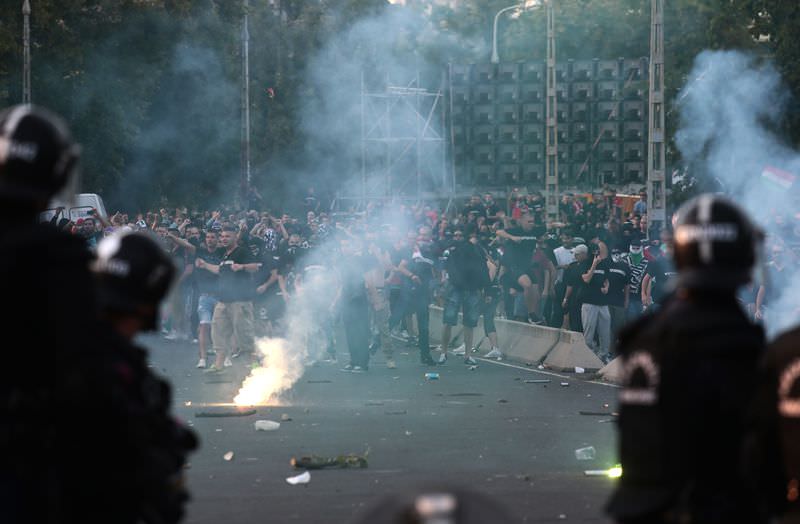 Hungarian police face Hungarian football fans trying to clash with Romanian fans prior to the Euro 2016 qualifying football match between Hungary and Romania in Budapest, on September 4, 2015. (AFP Photo)
by Associated Press Sep 18, 2015 12:00 am
Hungary has been punished for racist behavior by fans and must play its next home European Championship qualifying match in an empty stadium.

Fans were judged to be responsible for racist incidents at a 0-0 draw against neighboring Romania in Budapest on Sept. 4. UEFA says Hungary fans also disrupted the Romania national anthem.

The empty-stadium sanction will be served when Hungary hosts Faroe Islands on Oct. 8.

Hungary is third in Group F, trailing Romania in the second automatic qualifying place for Euro 2016 by three points.

Hungary last qualified for a major tournament at the 1986 World Cup.

UEFA sanctioned Romania on Thursday with an order to play its final European Championship qualifying home match in an empty stadium for fan incidents against Hungary and at home to Greece this month.
Last Update: Sep 18, 2015 11:53 pm
RELATED TOPICS