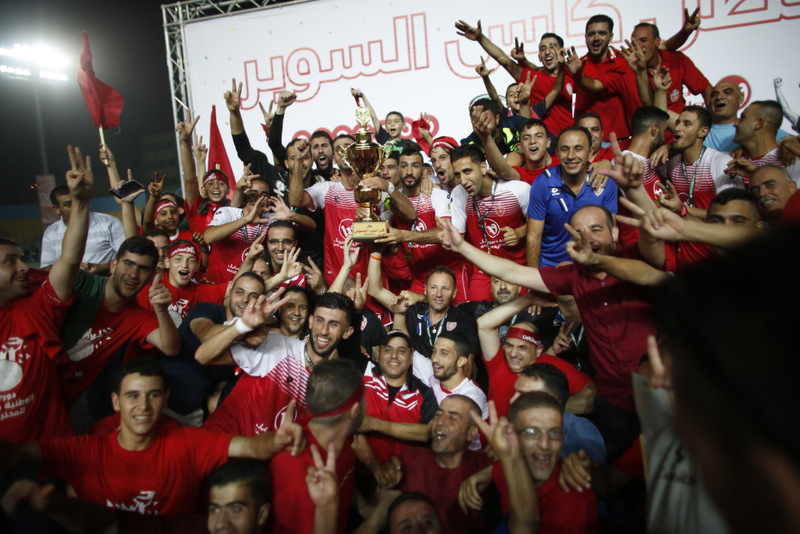 by Associated Press Sep 21, 2015 12:00 am
Throughout his long career, Stefano Cusin has played in Italy, France and Switzerland and coached in Bulgaria, Cameroon and the Congo. But the 46-year-old, Tuscany-born Cusin says it's only in the Palestinian soccer backwater of Hebron that he has truly rediscovered his passion for the sport.

"I've discovered again the pleasure to train, to play football, the passion," he said. "We've found a group of great guys who were eager to learn and for a trainer this is the most beautiful thing ... I was looking for a challenge, something different, less money but with a big challenge."

His arrival on the scene has also transformed the fortunes of scrappy perennial loser al-Ahli al-Khalil. He took a team with a $1 million annual budget raised mostly from donations to a European training camp where they played friendlies against superior competition. In just nine months, al-Ahli al-Khalil has notched four separate titles and Cusin has become a hero in the city.

"The al-Ahli al-Khalil football team wasn't a strong one in Palestinian league, we were like any other Palestinian local team," said defender Abdullah Jaber, one of two Palestinian national team members on the squad. "But after Stefano started coaching us he changed the players' way of thinking and turned them into professionals."

Cusin instilled a tough regime, locking the players in a stringent training program that gives them only one day off a week. He introduced video sessions as part of the training. The Italian, who arrived in Hebron from a coaching stint in the United Arab Emirates, calls his success with al-Ahli al-Khalil a "fortunate and winning encounter."

Cusin, who speaks Italian, French and English, mostly communicates with his players through a translator but he's picked up a few essential Arabic words so he can bark orders like "move," "faster" and "go."

His players might not be in the European big leagues, but Cusin said living in a conflict area provides a different sort of spirit.

Cusin shares some of the daily hardships such as needing to use long bypass roads to travel through the West Bank. He also had to leave his family behind in Italy because there are no international schools for his son in Hebron. Otherwise, he said he steers clear of politics and has found other significance to coaching the Palestinian team.

"I want to win. Ever since I was a child I've liked the underdog that beats the big teams. So this explains my choice," he said, adding that his success has made up for being away from family and good restaurants.
RELATED TOPICS