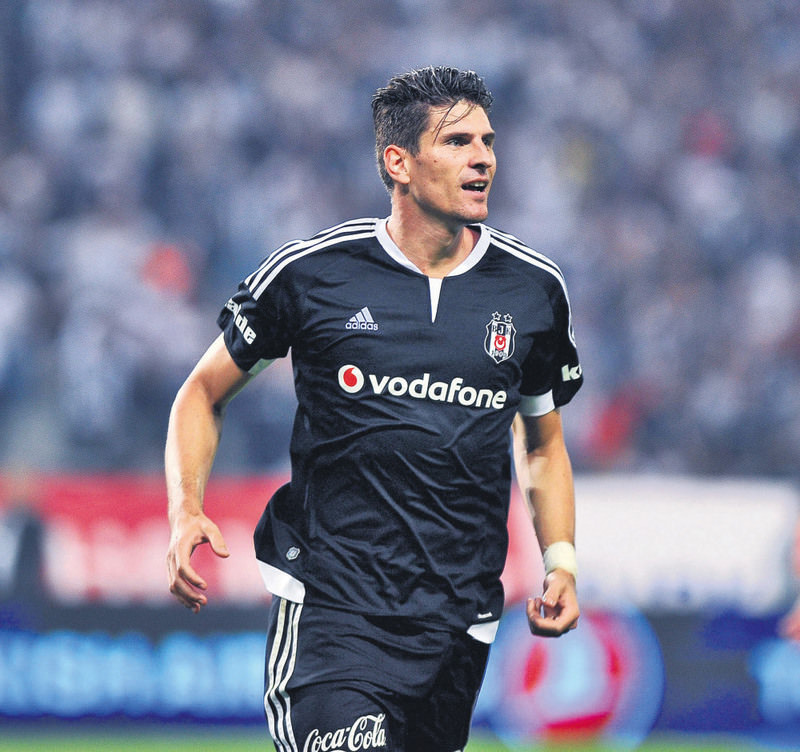 by Arda Alan Işık Oct 06, 2015 12:00 am
Beşiktaş are still far from the playing the way Şenol Güneş has in mind, with the team both technically and physically incapable of realizing Güneş's vision. Nevertheless, there are some points where the team satisfies the collective and organized game plan Güneş has created, such as keeping possession of the ball until the best moment and playing as a team defensively. Given the fact that mere ball possession alone is enough to imbalance mediocre Turkish teams, Beşiktaş found the opportunities they needed against a weak and demoralized Eskişehirspor. Added to that, the individual creativity of Gökhan Töre and Mario Gomez still fuels Beşiktaş's game, but that is not something to rely on in the long-term.

However, the biggest problem is, there is still a huge philosophical barrier between Şenol Güneş and his players, who have serious fundamental problems. First of all, apparently none of Beşiktaş's players completely understand Şenol Güneş. They all get some part, and this is why Beşiktaş's game shows huge differences every week. Nevertheless, there is a severe disconnection between Güneş and his defense. While defending, center backs Ersan Gülüm and Rhodolfo completely ignore Güneş's approach and act with their defensive instincts. If the opponent is weak, then Beşiktaş is able to narrow the gap between offense and defense, but if the opponent is frightening, like Fenerbahçe or Sporting Lisbon, Beşiktaş's defense mostly just stands still in front of its penalty box. Beşiktaş not only leave a noticeable space for opponents but are also unable to use four of their players when attacking.

Secondly, even though the attacking players understood their role better than their defensive colleagues, they also mostly ignore the strategy and opt to go alone. Gökhan Töre and Ricardo Quaresma have a chronic problem of selfishness, despite the former sometimes saving the day with his solo runs. Nonetheless, the latter's spoiled and clumsy attempts to dive into five defenders or trying long shots from 40 or 50 meters are unbearable. I never agreed with Quaresma's transfer on both financial and technical terms, and now he is proving me right. He not only ruins the rhythm of the game but also destroys the team concept with his incomprehensible behavior.

Furthermore, although Mario Gomez started the season with good statistics and fruitful finishing skills, his static style is harmful for Beşiktaş's game. He is obviously not ready for two games in one week and Şenol Güneş has to use the dynamic and incorporate striker Cenk Tosun more. Yes, Gomez's quality sometimes changes the fate of the game for Beşiktaş, but considering the bigger picture and what Şenol Güneş is trying to achieve, Tosun would be a better option until Gomez becomes 100 percent fit.

I guess Eskişehirspor goalkeeper Ruud Boffin found his utopia in Eskişehir. He was the dictionary equivalent of awful for the last four years and still plays at the highest level of Turkish football. His performance against Beşiktaş was, again, awful and he cost his team a goal. The most basic instinct of a goalkeeper is to throw himself at the ball, even if it is wrong according to his position. However, Ruud Boffin even forgot how to throw himself at the ball, like a fresh goalkeeper, he simply collapses to the ground, and hopes that the ball hits him. I guess his situation explains the goalkeeping standards of Turkish football: be taller than 180 cm, do not concede funny goals and look charming in that penalty box, and then you are ready to go!
RELATED TOPICS