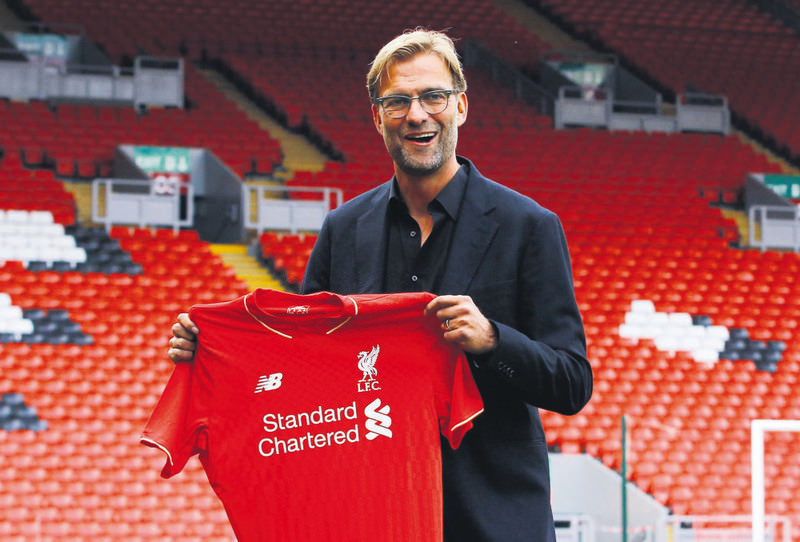 by reuters
Oct 13, 2015 12:00 am
Developing a recognizable brand of football this season is the only target that Liverpool's owners have set new manager Juergen Klopp, the German told Bild over the weekend. The former Borussia Dortmund manager was unveiled as Brendan Rodgers' successor on Friday and sparked excitement by saying he could win Liverpool the Premier League title in the next four years but, in an interview with the German paper, called for patience because of the enormous challenge he faced. "There is no doubt, this is a huge challenge, for me and my coaching team," he said.

"Liverpool have not had any success for a long time and they've changed the manager all the time. And now they have appointed a German who is no miracle worker. "Progress is not possible without a bit of time."

Klopp, who has reportedly signed a three-year contract, also said Fenway Sports Group, the club's owners, did not expect him to deliver either a trophy or Champions League qualification in his first season.

"I spoke to the people in charge of the club at length. (There are no targets for this season), just simply to play football with a recognisable brand.

"Whether there is money to spend in January or not doesn't interest me. We are only in October and I don't even know how many games we've got until the transfer window opens and therefore we will have a look at the players at our disposal first."

Klopp, whose first game in charge is against Tottenham Hotspur at White Hart Lane on Saturday, said he had not planned the 'Normal One' quote that made the headlines after his first news conference at Anfield. "It's not normal club, it's a special club. I'm the normal one," Klopp had said on Friday, sending the assembled journalists into raptures at the tongue-in-cheek comparison with Chelsea manager Jose Mourinho, who labelled himself the "Special One" at his inaugural news conference in England. "No, I hadn't thought about that at all," Klopp said. "I was asked and simply answered. Sometimes it is better to keep your mouth shut -- but that is quite difficult at a press conference," he added.