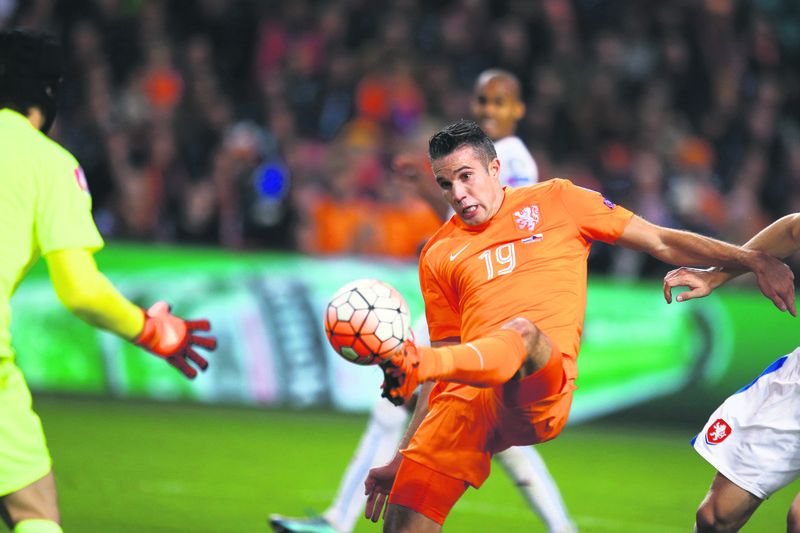 by Daily Sabah Oct 16, 2015 12:00 am
Former Arsenal and Manchester United striker Robin van Persie has emerged as a shock January target for Barcelona. The Dutchman joined Fenerbahçe in the summer following three years at Old Trafford but has endured a miserable start to life in Turkey, starting just three league games so far.

And now Spanish newspaper El Mundo Deportivo has claimed that Barca are ready to offer the 32-year-old an escape route when the transfer window opens in January.

Barcelona's technical director Robert Fernandez travelled to Amsterdam on Tuesday to watch Van Persie in action for Holland in their 3-2 defeat against the Czech Republic.

The striker, who came on after 39 minutes, was not at his best but still scored in the 83rd minute and is said to have impressed Fernandez.

Barca want a viable back-up option for the first-choice front three of Lionel Messi, Luis Suarez and Neymar and reckon Van Persie would fit the bill. The Dutchman, who became a firm favorite over the course of eight years at Arsenal, has previously stated that he would love to play for Barcelona. And he may yet get his wish with the Catalan club lining up a deal reminiscent of the ones that saw them sign the likes of Thierry Henry and Henrik Larsson, despite being past their prime.

The Spanish club are in need of attacking cover and have earmarked the Dutchman and their own former goal-getter David Villa as potential bench-warmers. With his current team New York City having failed to make the MLS play-offs, Villa will have plenty of time on his hands but is understood to want a move to a club that will guarantee him playing time so he can lay claim to a place in Spain's squad for Euro 2016.
Last Update: Oct 16, 2015 2:13 am
RELATED TOPICS