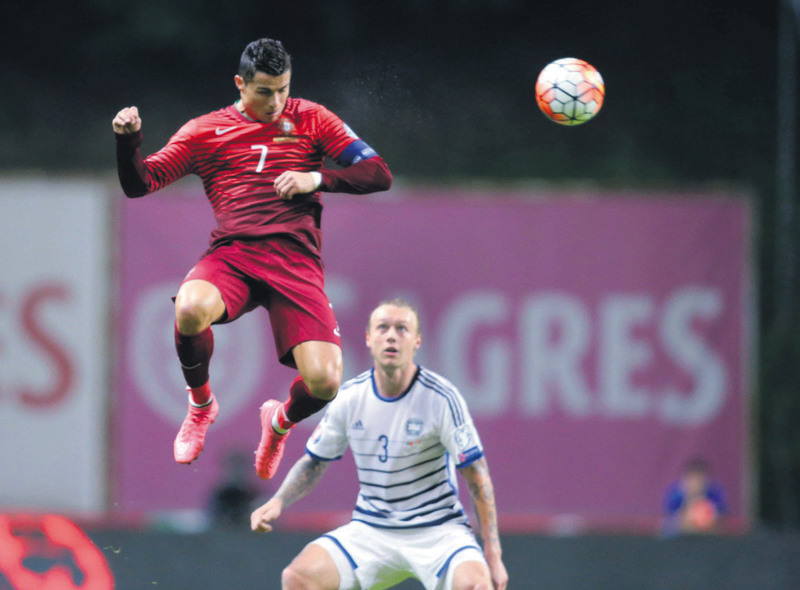 by daily sabah
Oct 17, 2015 12:00 am
Real Madrid superstar Cristiano Ronaldo, who received a record fourth Golden Boot this week after topping Europe's goalscoring charts for the 2014/15 season, said he was surprised about Turkish star Arda Turan's transfer to Barcelona. In the award ceremony held in Madrid on Wednesday, Ronaldo said, "I really like Arda. He decorates the Spanish league with his talents. His transfer surprised me, like all of us. As both a player and football lover, I am sorry to hear that he will not play until January. Everyone wants to see him on the field. I hope it will be solved soon," he said. Spanish and European champions Barcelona are unable to play Turan, 28, until January under a FIFA ban for breaking transfer rules. Barcelona are prepared to take their bid to register Turan to the Court of Arbitration for Sport (CAS).

Ronaldo also praised Turkey's direct qualification to Euro 2016. "I am happy to hear that you are now in the finals. Turkey deserved it. The Turkish audience will bring color to the championships. I wish Turkey, and especially Arda, luck," he added. This week Ronaldo became the first player in the Golden Boot awards' illustrious 47-year history to win the accolade four times. "What a special moment in my professional life," the 30-year-old said on his official Facebook page. The ceremony also showcased the best qualifiers and some unforgettable occurrences from the Euro 2016 European Qualifiers. The photo showing Arda Turan lying flat with tears of joy in his eyes after Turkey's qualification was chosen as the best photo.