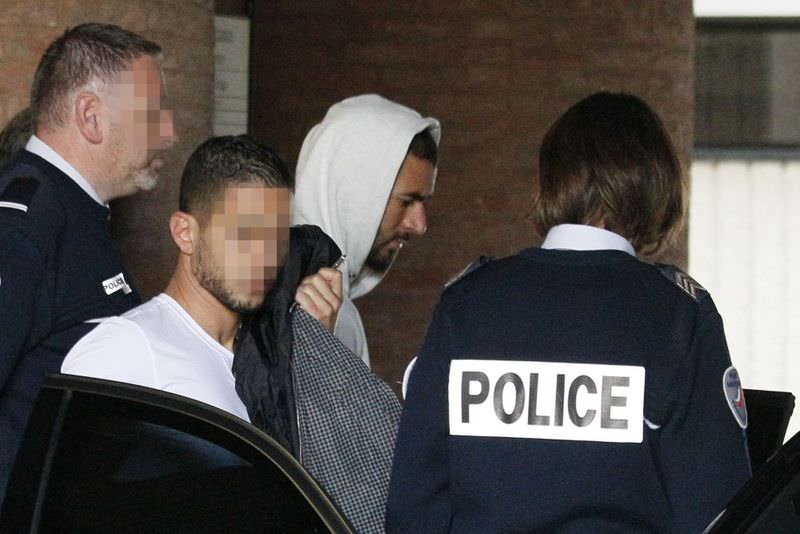 The 27-year-old star has been charged with "complicity in an attempt to blackmail" and conspiring to commit a criminal act, which is punishable by at least five years in prison, the prosecutor's office in Versailles outside Paris said.

Benzema told investigators he approached Valbuena about the tape on behalf of "a childhood friend." He spent the night in custody after being arrested on Wednesday.

A source close to the investigation said the player had admitted while he was in custody that he had spoken to Lyon midfielder Valbuena about the sex tape.

"Karim Benzema has admitted speaking to Valbuena at the request of a childhood friend, who was approached by three blackmailers who were in possession of the sex tape," the source close to the investigation said.

"Benzema said he had agreed with his childhood friend on what he should say so that his team-mate (Valbuena) would negotiate exclusively with him."

Benzema is said to have had a conversation with Valbuena about the sex tape when the French squad met for training on Oct. 5 ahead of friendly internationals.

The three alleged blackmailers, who are all in custody, had first contacted a friend of Benzema's brother seeking to involve the player in their extortion attempt, a source said. Benzema's lawyer said Monday he had played "no part" in the plot and was keen to clear his name.

The center-forward is a key part of the French national team with 27 goals in 81 appearances and is one of the biggest names in the star-studded Real Madrid squad.

Benzema was driven away from the police station in Versailles outside Paris yesterday in a police car with tinted windows, AFP journalists saw.

"Karim Benzema has been taken to the court to appear before an investigating magistrate who will decide what happens next in the procedure," the prosecutor's office said.

The blackmail case began in June, when Valbuena lodged a complaint with police after being telephoned by an unknown person who said he had the sex tape.

The caller did not specify a sum of money but said they should come to an arrangement.

Police then took over, posing as Valbuena's business associate in later calls with the blackmailers, who threatened to release the video ahead of the Euro 2016 championships, which France is hosting.

The investigation led them to three men, including one who was a close member of Valbuena's entourage and who had direct access to the footballer's phone containing the sex tape.

Two of the group are also said to have ties to Djibril Cisse, another French international and a former team-mate of Valbuena at Marseille.

The group used Cisse to authenticate the sex tape, the judicial source said.

Cisse was detained for questioning last month but was quickly released without charge.

Benzema started his career in his home town of Lyon, the club Valbuena joined this summer.
RELATED TOPICS