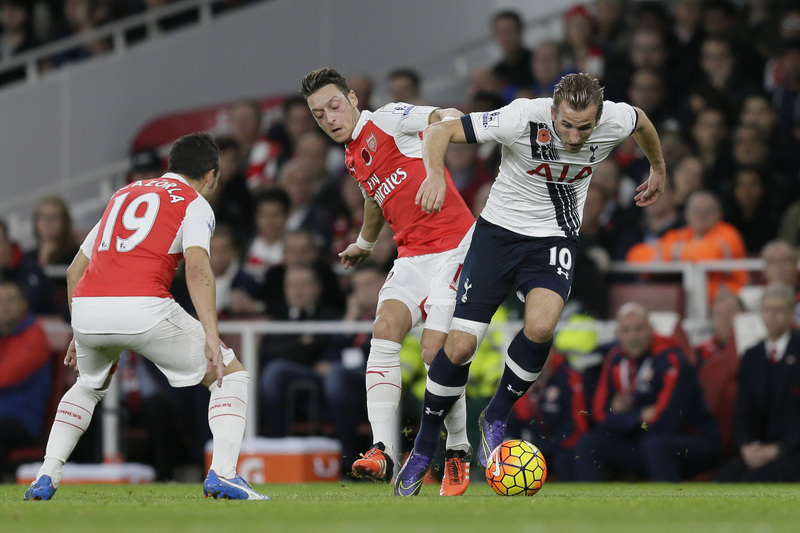 by daily sabah
Nov 08, 2015 12:00 am
Mesut Özil set a new Premier League record on Sunday by becoming the first player to make an assist in six consecutive Premier League matches.

On Sunday's match against Tottenham, Arsenal playmaker's assist was met by substitute Kieran Gibbs who bundled the ball past a despairing Hugo Lloris to recover a 1-1 draw.

Arsenal manager Arsene Wenger told Sky Sports: "It was a very intense game. In the second half we made a great mental response. We were determined not to lose."

The draw left Arsenal in second place behind Manchester City who were held at bottom club Aston Villa earlier. Both clubs have 26 points with City enjoying the better goal difference.

Tottenham, unbeaten in the league since an opening-day defeat by Manchester United, moved into fifth with 21 points.