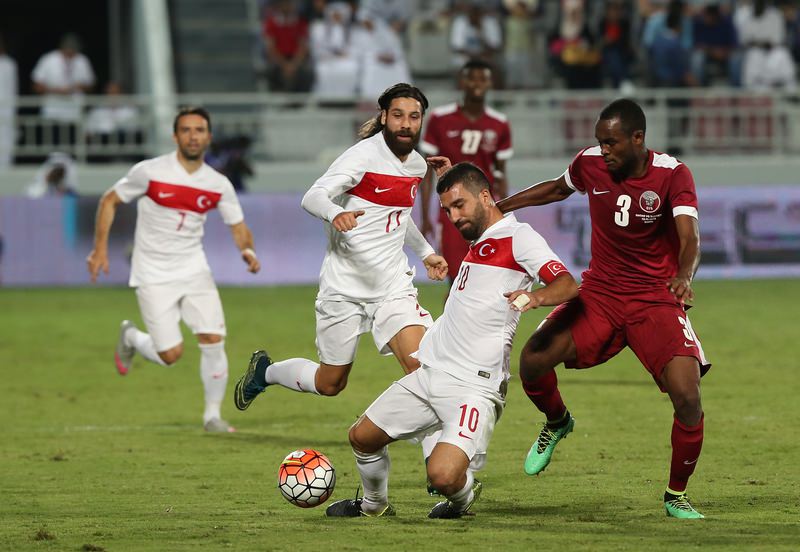 by reuters
Nov 13, 2015 12:00 am
Second-half goals from Arda Turan and Cenk Tosun earned Euro 2016 qualifiers Turkey a come-from-behind 2-1 victory over Qatar in a friendly on Friday.

Ali Asadalla scored against the run of play in the 26th minute when he raced from the halfway line and shot past keeper Volkan Babacan from the edge of the penalty area.

Turkey upped the pressure on Qatar midway through the first half with a series of efforts on goal.

Mehmet Topal went close when his shot from the edge of the area was saved by keeper Amine Lecomte who tipped the ball around the post.

The visitors failed to capitalise on their chances and Qatar could have doubled their lead in the 60th minute when Babacan blocked a close-range effort from Hassan Ali Haidous.

Turan became an increasing threat for Turkey in the second half, hitting the crossbar in the 66th minute after firing a free kick from a narrow angle on the left.

He eventually equalised in the 70th minute when the ball fell to him in the middle of the penalty area and he shot past Lecomte.

Three minutes later Turan turned provider by sending in a cross from the right that Tosun headed in.