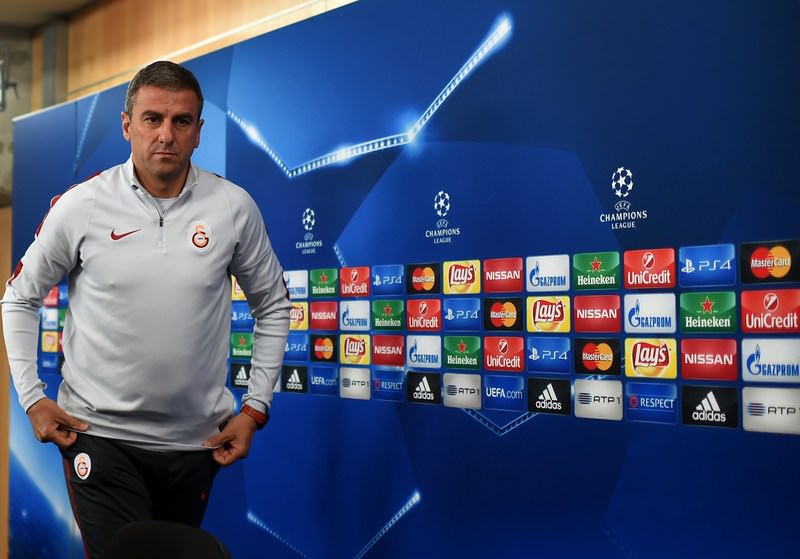 Galatasaray on Wednesday parted ways with Hamza Hamzaoğlu, their 12th coach in 10 years to head the team, despite three trophy wins in one year and loyalty to the team. He was lauded for his rejection of his compensation after his dismissal

Istanbul club Galatasaray announced on Wednesday that it terminated its contract with coach Hamza Hamzaoğlu, less than a year after he was appointed and at a time when the club is in third place in the domestic league, five points behind league leaders Beşiktaş and three points behind rivals Fenerbahçe.

Hamzaoğlu's dismissal sent shockwaves across Turkish sports though it was no surprise for many as Galatasaray are known for their unstable relationship with coaches. He was the 12th coach to be appointed in a decade and the third in two seasons. Yet, comments on social media criticized the Gala administration for the sudden dismissal of a coach as loyal as Hamzaoğlu, who had signed an open-ended contract that included a clause stipulating no compensation would be paid in the case of termination.

"The management and coach Hamza Hamzaoğlu have reached an agreement to terminate the employment contract mutually," the club said in a statement. "We sincerely thank Hamzaoğlu for his work as coach and wish him success in his future career," the statement also said. Hamzaoğlu in a statement thanked Galatasaray for trusting him and he was honored to serve Galatasaray. "Tomorrow is a new day for everyone and I wish Galatasaray success," he said.

The 45-year-old Hamzaoğlu, who started his football career as a player in the western city of İzmir in the 1980s, played for Galatasaray between 1991 and 1995. He left the team in 1995 after a fee dispute. Following a career at small Turkish clubs, he quit playing for a coaching career. In 2014, he replaced Italian coach Cesare Prandelli as Galatasaray's new coach and renewed his contract with the team in June for three more years. During his time with Galatasaray, Hamzaoğlu saw only four defeats in 34 matches in the domestic league. Also during his tenure, Galatasaray won the Spor Toto Super Lig Cup, the Ziraat Cup and Super Cup.

Rumors were rife after his departure with Turkish media reporting that the decision stemmed from a mediocre start to this season and his fervent defense of underperforming forward Umut Bulut, which was apparently not a popular move with Galatasaray's new administration, which was elected in May. Hamzaoğlu and the club presidency were already at odds according to media reports after a draw with Kazakhstan's Astana in a UEFA Champions League game. Hamzaoğlu had reportedly turn down the club administration's request to defend himself for the underwhelming match.

Galatasaray's Brazilian goalkeeping coach Claudio Taffarel has been appointed interim coach before the club appoints a new one. A senior club official told the team's TV station GSTV that they would "undoubtedly" find the "best replacement" and denied rumors that Ersun Yanal, former coach of Fenerbahçe, will be hired.

Turkish media was awash with speculation on who will replace Hamzaoğlu with former coach Mustafa Denizli, Fenerbahçe and Beşiktaş's former German coach Christoph Daum among the names rumored for the post.