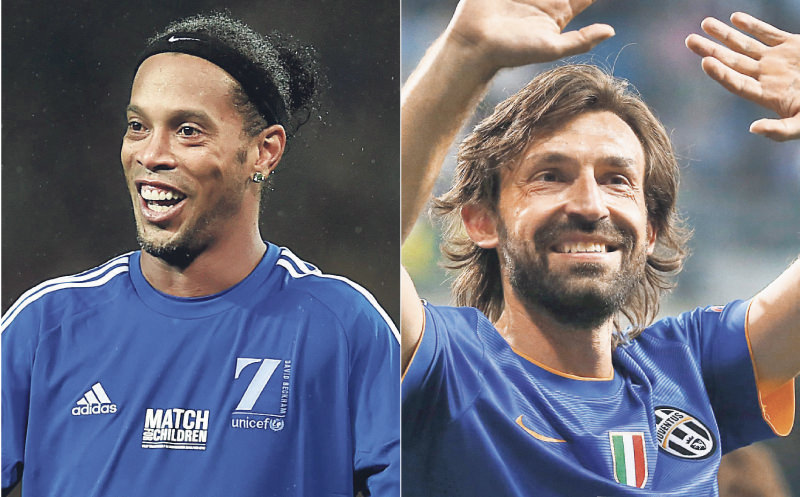 by Anadolu Agency Nov 21, 2015 12:00 am
Antalyaspor are looking to add to their stable of aging star players with the signings of Andrea Pirlo and Ronaldinho, according to the club's chairman.

The club, based in the southern resort city of Antalya, signed Cameroonian Samuel Eto'o, 34, following their promotion to the Super League last season and now have their eye on the Italian and Brazilian veterans. "We have negotiated with Pirlo and his agent," Chairman Gültekin Gencer told a news conference Thursday. "He has matches to play but he is ready to come to Antalya. We are talking with Brazilian star Ronaldinho. He is also ready to play for Antalyaspor. If we get the financial support, their transfers will be finalized mid-season."

Gencer said he was in Italy last week to talk to Pirlo's representatives.

"Our aim is to bring our city to the forefront rather than the club," he said.

Pirlo, 36, is regarded as one of the world's greatest midfield playmakers for his vision and passing ability. He left Italian giants Juventus in the summer to sign for New York City FC but could be tempted by a big-money move to Turkey.

The 35-year-old Ronaldinho is currently a free agent after being released by Brazilian side Fluminense in September. The former Barcelona midfielder is one of the best on-the-ball players of his generation, renowned for his crowd-pleasing technical skills and control.

If they come to Antalyaspor, the pair are expected to command huge salaries, with some reports saying Pirlo could be paid the equivalent of $2.1 million for eight games if he signs over the winter.
RELATED TOPICS