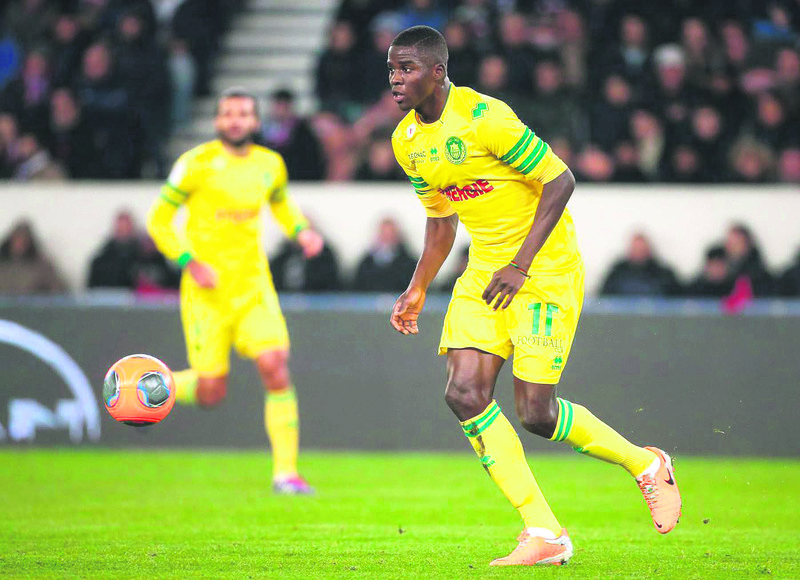 Turkish league leaders Beşiktaş have made a move to sign Papy Djilobodji, Chelsea's Senegalese defender who signed with the Premier League club earlier this season after leaving Franch side Nantes.

Media outlets reported that the Istanbul club contacted Chelsea for the transfer of the 26-year-old player who exhibited a lackluster performance during his brief tenure with Chelsea where he was excluded from their Champions League squad. Since the start of the season, Papy has enjoyed very little playing time. Yet, he is apparently a favorite for Turkish teams as Trabzonspor were also reportedly interested in signing the young player before he joined Chelsea on the last day of the transfer deadline.

Beşiktaş boosted its lineup this season with the transfers of Mario Gomez from Fiorentina, Ricardo Quaresma from FC Porto, Andreas Beck from Hoffenheim, Jose Sosa from Metalist and Rhodolfo from Gremio. Coach Şenol Güneş is reported to be further adding international names to the team in the mid-season transfer period, especially a left-footed defender.

Turkish media reported that Beşiktaş, who signed Senegalese striker Demba Ba last season from Chelsea, is planning to offer 4 million euros for Papy and in case of rejection, will have the player on an 18-month loan.

Chelsea paid 3.5 million euros for Papy on a four-year contract but is already shortlisted for sale, according to the British media. Chelsea coach Jose Mourinho had revealed that Papy was not his choice but rather the "choice of someone I trust completely" while he admitted he was not very familiar with the Senegalese player. At 1.92 meters tall, the player is called "the tower" by Turkish media.

Beşiktaş are also interested in River Plate's Eder Balanta, the Colombian center back whose contract will expire mid-season.

The black Eagles are currently sitting pretty at the top of the Super League after a stunning start to the season. The Eagles are the highest-scoring team with 28 goals and only one defeat in 11 matches. They lead the league with 26 points ahead of 24-point Fenerbahçe and 21-point Galatasaray. The team, which suffered from a streak of disappointing results last season, have seen a revival since Şenol Güneş took the helm this summer.
RELATED TOPICS