Beşiktaş and Fener eye to advance in Europa League 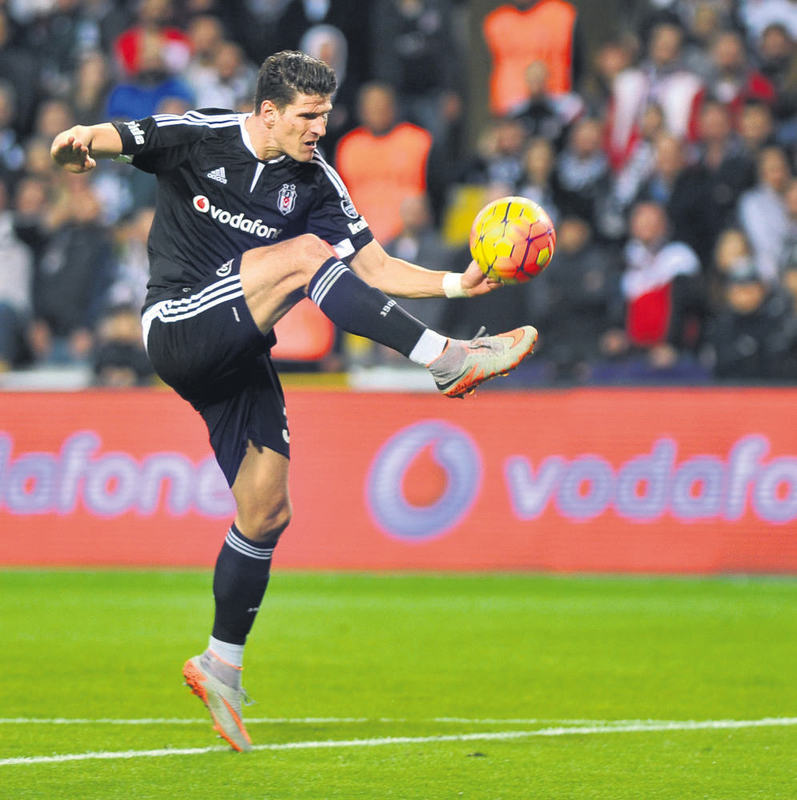 With the group stages drawing to a close, both Turkish teams are looking to get the upper hand over their rivals to advance to the next phase. Beşiktaş host Skenderbeu while Fenerbahçe eye revenge at Molde

Turkish powerhouses Fenerbahçe and Beşiktaş will continue their UEFA Europa League adventures today, with both eyeing an advantage by cruising past their rivals ahead of the sixth and last matches of the group stage to be played next week.

Beşiktaş will look to make it 14 wins from 14 in UEFA games between Turkish and Albanian clubs when they welcome Skenderbeu in their final Group H home match. Beşiktaş have hit an unusual one-goal-a-game rhythm in European competition as they welcome resurgent Skenderbeu on UEFA Europa League matchday five. If Skenderbeu lose in Istanbul, they are out.

Jose Sosa scored the only goal as Beşiktaş beat Skenderbeu in Albania on matchday one. It was Skenderbeu's first encounter with Turkish opponents. Beşiktaş faced Dinamo Tirana in the 1986/87 European Cup first round, winning both legs without conceding.

Clubs from Albania and Turkey have met in 13 UEFA games, with all 13 being won by the Turkish side, by an aggregate score of 34-3.

Beşiktaş come into the game on the back of three successive 1-1 draws in Group H. They have scored once in each of their last seven European fixtures (two 1-0 wins, 2-1 and 3-1 defeats and the three 1-1s mentioned above).

Skenderbeu have lost their last three European away games (conceding 11 goals in the process) but won their first group stage contest on matchday four, 3-0 at home against Sporting. The competition's change of identity has played well with Beşiktaş: they failed to make it through all three of their UEFA Cup group stage campaigns, but have been successful in all three of their UEFA Europa League ones. Skenderbeu are the first Albanian side to feature in the group stage of a major UEFA competition.With 41 goals, Beşiktaş's Mario Gomez is the fourth highest-scoring German player of all time in UEFA club competition. He needs two more to match third-placed Ulf Kirsten.

As for Fenerbahçe, beaten 3-1 in Istanbul on matchday one, the Yellow Canaries will look to get revenge on Molde and perhaps join Ole Gunnar Solskjaer's side in the round of 32. Molde are certain of a place in the UEFA Europa League round of 32 and will be in the draw as Group A winners if they avoid defeat against Fenerbahçe. Fenerbahçe will progress if they triumph and Celtic and Ajax draw in Glasgow. Molde recorded a sensational 3-1 victory in Istanbul when the sides met for the first time on matchday one. It was their first encounter with Turkish opponents and the Yellow Canaries' maiden meeting with a Norwegian team.

The 19 games between Turkish and Norwegian clubs in UEFA competition have left both nations' teams with the record W7 D5 L7 (W6 D2 L1 for the home side in fixtures in Norway). Molde are unbeaten in four Group A games (W3 D1) and in their five European home fixtures this season (W3 D2). They have won both of their European contests since Ole Gunnar Solskjaer returned as coach. Fenerbahçe have not conceded in their last two Group A games and are undefeated in three on the road in Europe (W1 D2). Both sides transferred over to the UEFA Europa League after UEFA Champions League third qualifying round defeats - Fenerbahçe lost to Shakhtar Donetsk, Molde to Dinamo Zagreb.

Molde are making their second appearance in this group stage, having missed out on the knockout phase in their maiden campaign in 2012/13. Semi-finalists in 2012/13, Fenerbahçe have made it through to the round of 32 in all three of their UEFA Cup and UEFA Europa League group stage campaigns (2006/07, 2009/10 and 2012/13). Molde lost their Norwegian title to fellow group stage contenders Rosenborg, who were confirmed as champions on Oct. 25.

Robin van Persie has yet to score in 14 UEFA Cup or UEFA Europa League games. Molde's Daniel Hestad became the oldest goalscorer in UEFA Europa League history at 40 years and 98 days when he registered the winner at Celtic on matchday four.
Last Update: Nov 26, 2015 1:09 am
RELATED TOPICS