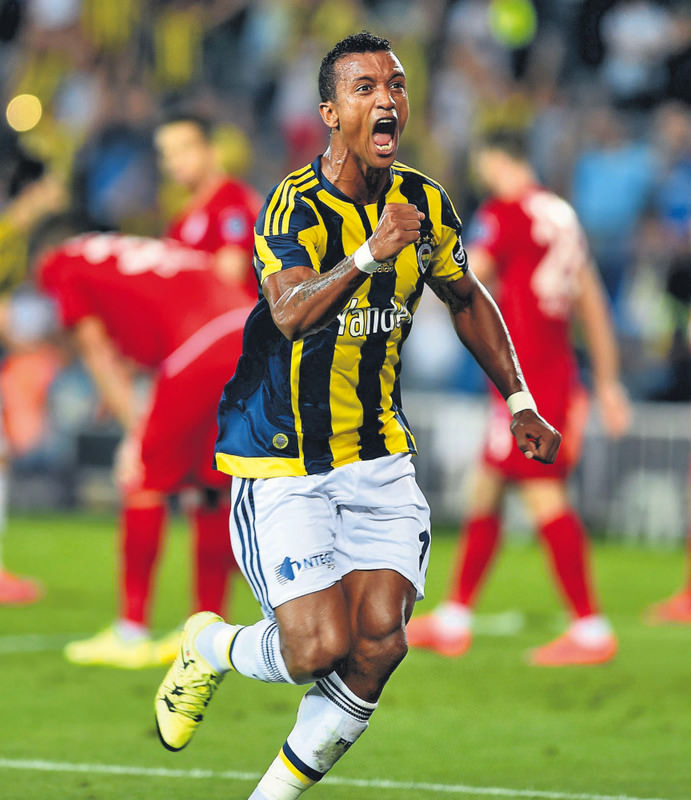 The game of thrones that is Turkish football featured the arrival of a new king this week. Following Beşiktaş and Galatasaray losses, Fenerbahçe recaptured the top spot with a 2-0 win over Trabzonspor. Fenerbahçe were defeated 3-2 by Beşiktaş in week six and handed their first place spot to their Black and White rivals. However, with the Beşiktaş loss against Akhisar Belediyespor on Sunday, Fenerbahçe's win over Trabzonspor put them on the top of the Turkish Spor Toto Super League.

The 2-0 victory in Istanbul was made possible by goals from Nani and Fernandao. Fenerbahçe moved above rivals Beşiktaş and now boast 30 points. Beşiktaş stayed on 29 points while title holders Galatasaray stayed seven points behind the new league leaders.

Trabzonspor played with 10 men after left-back Alper Uludağ was sent off in the 42nd minute.

Galatasaray dropped a place to fourth after a draw against Kasımpaşa on Sunday, allowing Fenerbahçe to further extend their lead over Galatasaray in the championship race with the Canaries moved seven points clear of the Lions.