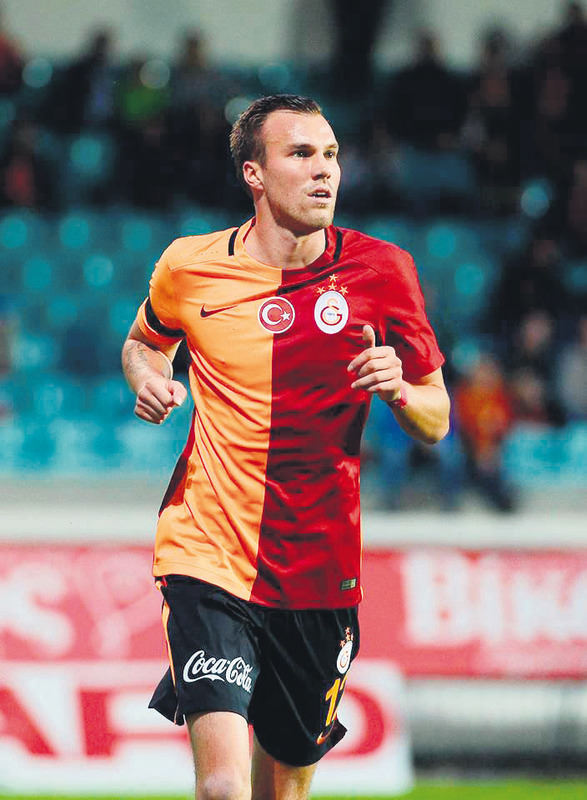 by Daily Sabah Dec 03, 2015 12:00 am
German footballer Kevin Grosskreutz (above) is parting ways with Galatasaray where he did not even play one match. The Lions had agreed to a deal with Borussia Dortmund for the midfielder but failed to submit the relevant documentation before the transfer window closed. FIFA refused to sanction Kevin Grosskreutz's move from Borussia Dortmund to Galatasaray, leaving the player in limbo until January. The German player said to coach Mustafa Denizli that he wanted to part ways with Galatasaray, according to Turkish media sources. Denizli alleged told Grosskreutz he had to speed up his training program. Grosskreutz responded to Denizli that he travels regularly to Germany to see his family and this affected him negatively.

Grosskreutz finds himself in a similar situation to Arda Turan and Alexis Vidal, who agreed to join Barcelona earlier this summer despite knowing that they would not be allowed to represent the Blaugrana until the New Year because of the Catalan club's transfer ban. Denizli is expected to resubmit the German player's request to the administration. Galatasaray fans have been suffering a big disappointment in Super League. The club dropped a place to fourth after a draw against Kasımpaşa on Sunday, allowing Fenerbahçe to further extend their lead over Galatasaray in the championship race with the Canaries moved seven points clear of the Lions.
RELATED TOPICS