A normal weekend for Turkish football 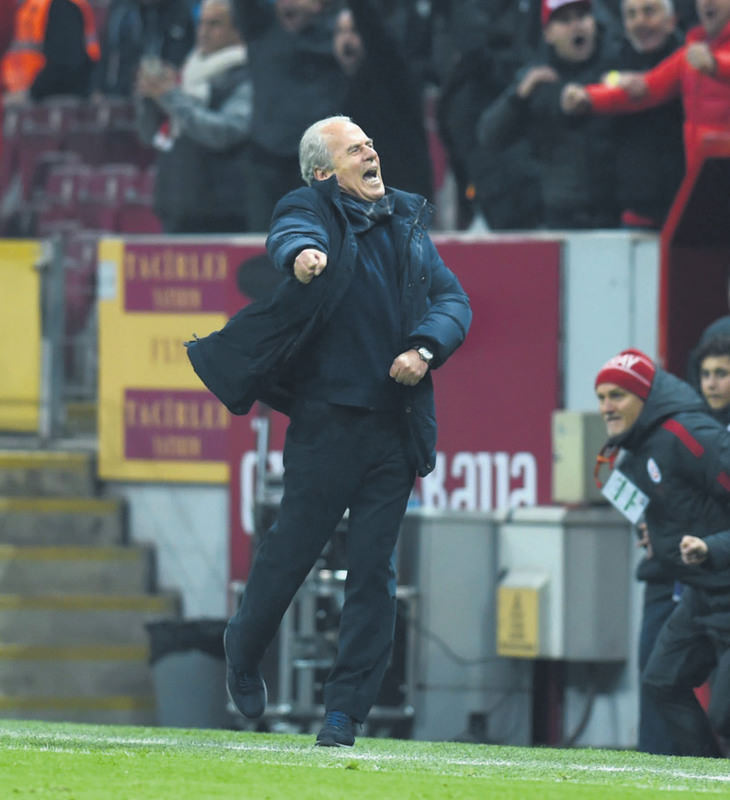 by Arda Alan Işık Dec 08, 2015 12:00 am
It was a fruitful weekend for two of the three Istanbul giants as Beşiktaş and Galatasaray both gained crucial victories. Last week's leader, Fenerbahçe, seemed unable to score against Gaziantepspor, who managed to take one point from Vitor Pereira's team.

It was quite frustrating for Fenerbahçe fans to see their team play such boring football given that last week they dominated the game against another big gun of Turkish football, Trabzonspor. The team, which was very productive seven days ago, suddenly forgot how to carry the ball to the other half and create promising opportunities.

The problem was Fenerbahçe's reliance on the performances of their "star" players. In other words, if Diego Ribas can carry the ball into the opponent's half and then Luis Nani can pass two defenders at once with a fancy dribble, then Vitor Pereira's team has no problem at all. However, given that the defensive structure of the team is actually more powerful than it should be, the most problematic part starts when Fenerbahçe's offensive players are not productive.

As I mentioned in a lot of my other pieces, Nani, Diego and Robin Van Persie are not to blame for this lack of organization. Pereira's team knows how to defend well, but they do not know what to do when they have the ball, and the Portuguese coach apparently has no plans to fix this.

However, Pereira can calm the chaotic nature of Fenerbahçe, which has a legacy of carrying out bad policies implemented by the administration, by simply getting rid of the "star" players' unquestioned autonomy. No player should be spoiled to an extent that he or she can divert from and ruin the game plan as most Fenerbahçe players did this Sunday. The solution is simple. Vitor Pereira is already a disciplinarian coach and he has already strictly organized the defensive. Why not expect the same discipline from your superstars?

Galatasaray's brand new coach Mustafa Denizli has not met the high expectations of him in his first two games. The club promoted their decision by saying Denizli's experience would boost the team's performance in the short term. Nonetheless, those games were a total disappointment for those who expected a modern game from Galatasaray, but at least Denizli managed to satisfy impatient executives by getting a clear victory against Bursaspor.

Both teams sacked their coaches recently, and they were quite imbalanced in terms of organization. The game was not pretty and Galatasaray fans were right to stay at home.

Despite the score indicting that Galatasaray dominated the game, it was a total stalemate until Denizli's team got a goal from German striker Lukas Podolski's personal initiative. There were no other plans to score other than from blind crosses into the penalty box. The defensive and offensive blocks could not synch up with each other and create any meaningful chances.

Maybe you say it is too early to judge Mustafa Denizli, but his record over the first two games doesn't seem to bode well for his or the club's future.
RELATED TOPICS