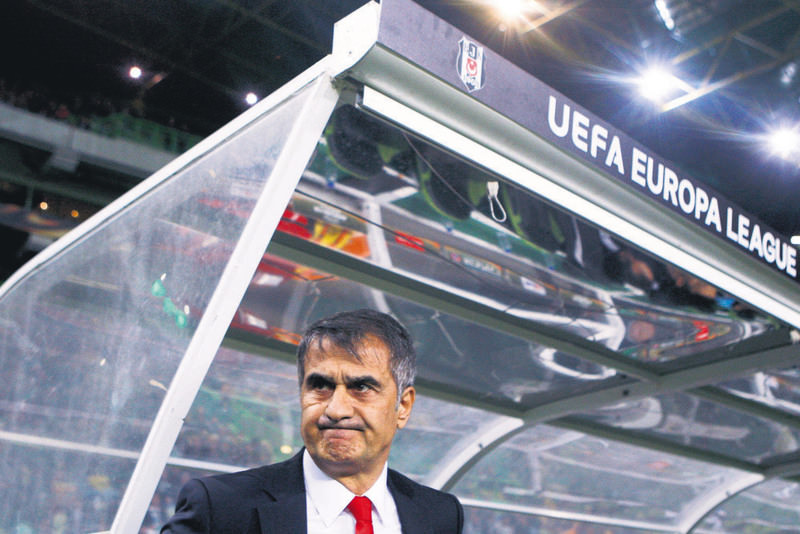 Thursday's UEFA Europa League games determined the round of 32 lineup for Fenerbahçe and Galatasaray whose potential rivals include the likes of Manchester United, Schalke 04 and Athletic Bilbao while Beşiktaş failed to qualify for the next round after a 3-1 defeat to Sporting Lisbon

Turkish sides Galatasaray and Fenerbahçe are gearing up for the next stage of the UEFA Europa League after Thursday's matches wrapped up the lineup for the round of 32 draw scheduled for Monday. Meanwhile, the two teams' main rival Beşiktaş squandered its only chance of remaining in European competition after a disastrous defeat to Sporting Lisbon in an away game that ended up with a 3-1 defeat.

On Thursday night, Fenerbahçe drew 1-1 at home against Scottish outfit Celtic in their last UEFA Europa League Group stage game at the Atatürk Olympic Stadium in Istanbul, securing qualification for the round of 32, finishing second in Group A with nine points.

Serbian midfielder Lazar Markovic put Fenerbahçe ahead in the 39th minute, before Celtic's Kris Commons scored the equalizing goal in the 75th minute. Fener defender Gökhan Gönül who shone in Thursday's game was elected for the Player of the Week poll by UEFA.

Beşiktaş lost 3-1 in an away game against Portuguese opponents Sporting Lisbon in their last Europa League Group stage game at the Jose Alvalade Stadium.

Thursday's defeat cost the Istanbul club a spot in the round of 32, while Sporting Lisbon advanced, having finished second of Group H with 10 points.

The third and fourth goals of the game came shortly thereafter in the 72nd and 78th minutes, and were scored by Bryan Ruiz and Teofilo Gutierrez respectively.

Galatasaray, who finished third in their Champions League group, already qualified for round of 32 after a Dec. 8 draw against Astana.

Although relegated to the second-tier Europa League, Galatasaray's Lions reaped 2.5 million euros in six matches in the Champions League, even thought they were eliminated with only one win.

Fenerbahçe, who earned only 230,000 euros in the Europa League play-off round, boosted its revenue to 3.4 million euros with two wins and three draws, apart from an additional 750,000 euros for qualifying for the round of 32.

Though new channels of revenues are essential for debt-stricken Beşiktaş, the Eagles rarely had the opportunity to reap the benefits of UEFA events and wrapped up their Europa League journey earning only 3.4 million euros.
RELATED TOPICS