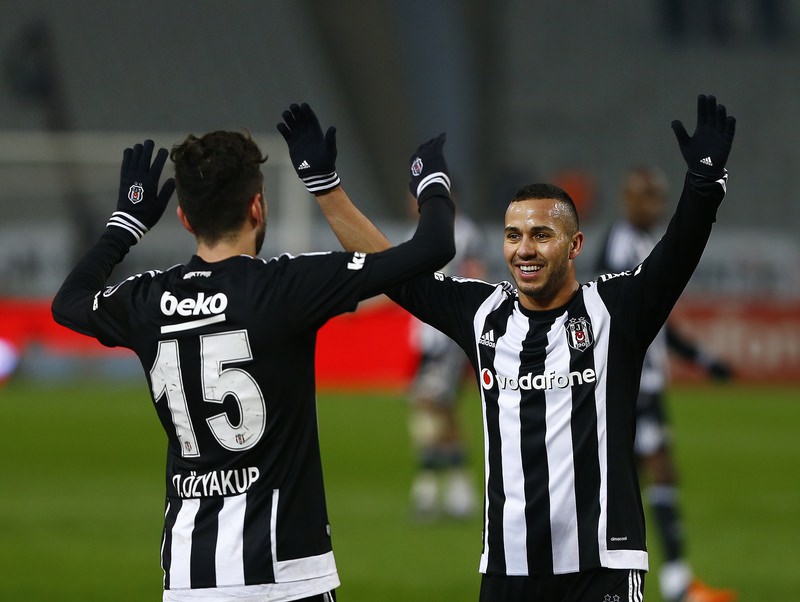 by Daily Sabah with AA Dec 14, 2015 12:00 am
Beşiktaş defeated its rival Galatasaray 2-1 in a Turkish Super League derby at the Atatürk Olympic Stadium in Istanbul on Monday.

The third goal came from winger Gökhan Töre in the 74th minute.

With Monday's victory, Beşiktaş remains the leader of the league with 35 points, followed closely by Fenerbahçe with 34 points.

Galatasaray is placed fourth with 26 points.

The last derby between the teams was played in Galatasaray's home ground, Türk Telekom Arena on May 24.